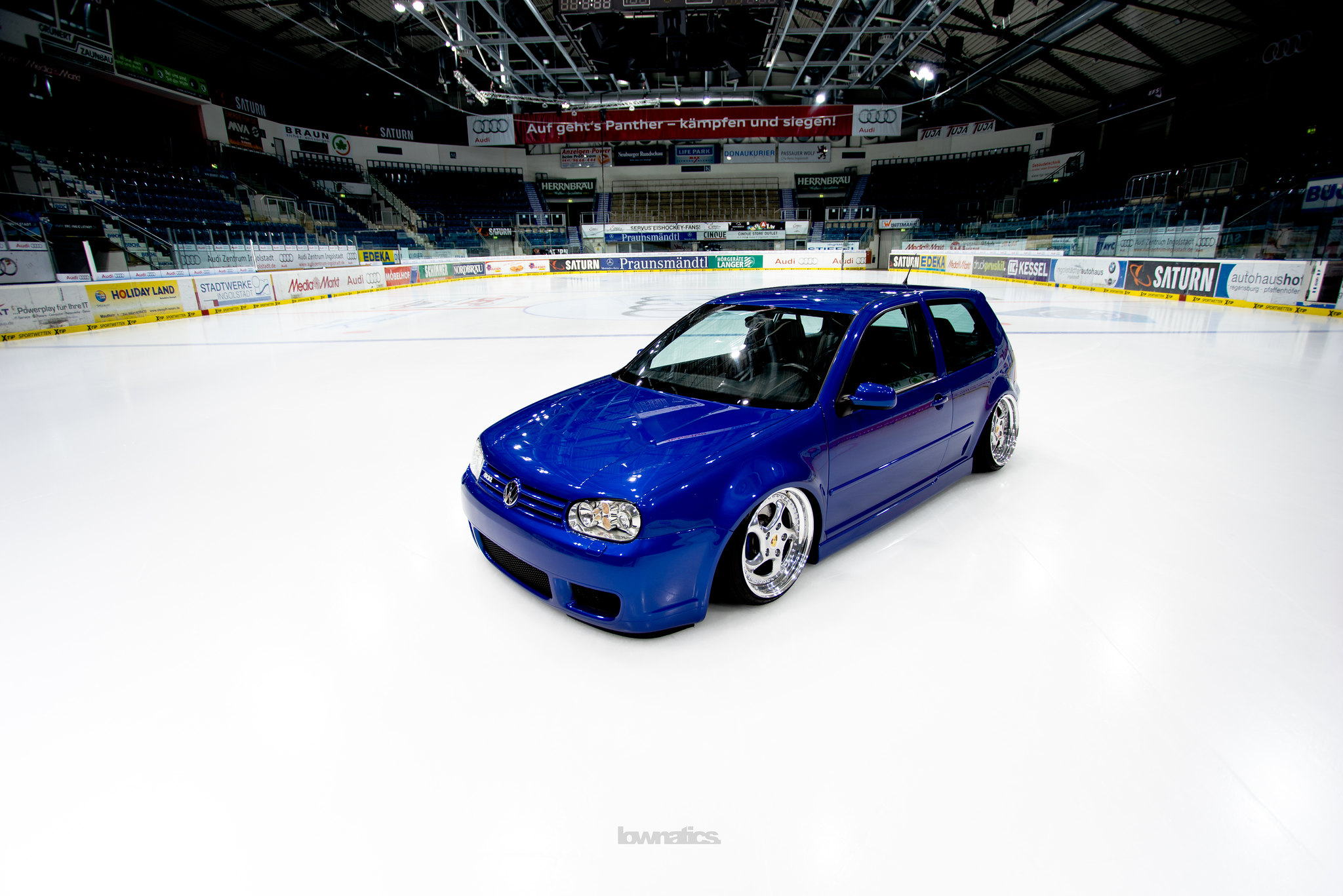 „Ill keep that one stock“. Do you know these people, too? Thats what Stefan told us, when he found his dreamcar. I met him, like many other people, at Woerthersee. Dubworkx did some video coverage on Wolfi’s and Stefan’s A4 Avant, which also featured my car for a bit of contrast. The A4 was just an interim solution after he totaled his R32 MKV striking a deer. He was looking for a blue MKIV R32 and wanted to keep it stock when he would eventually get it. 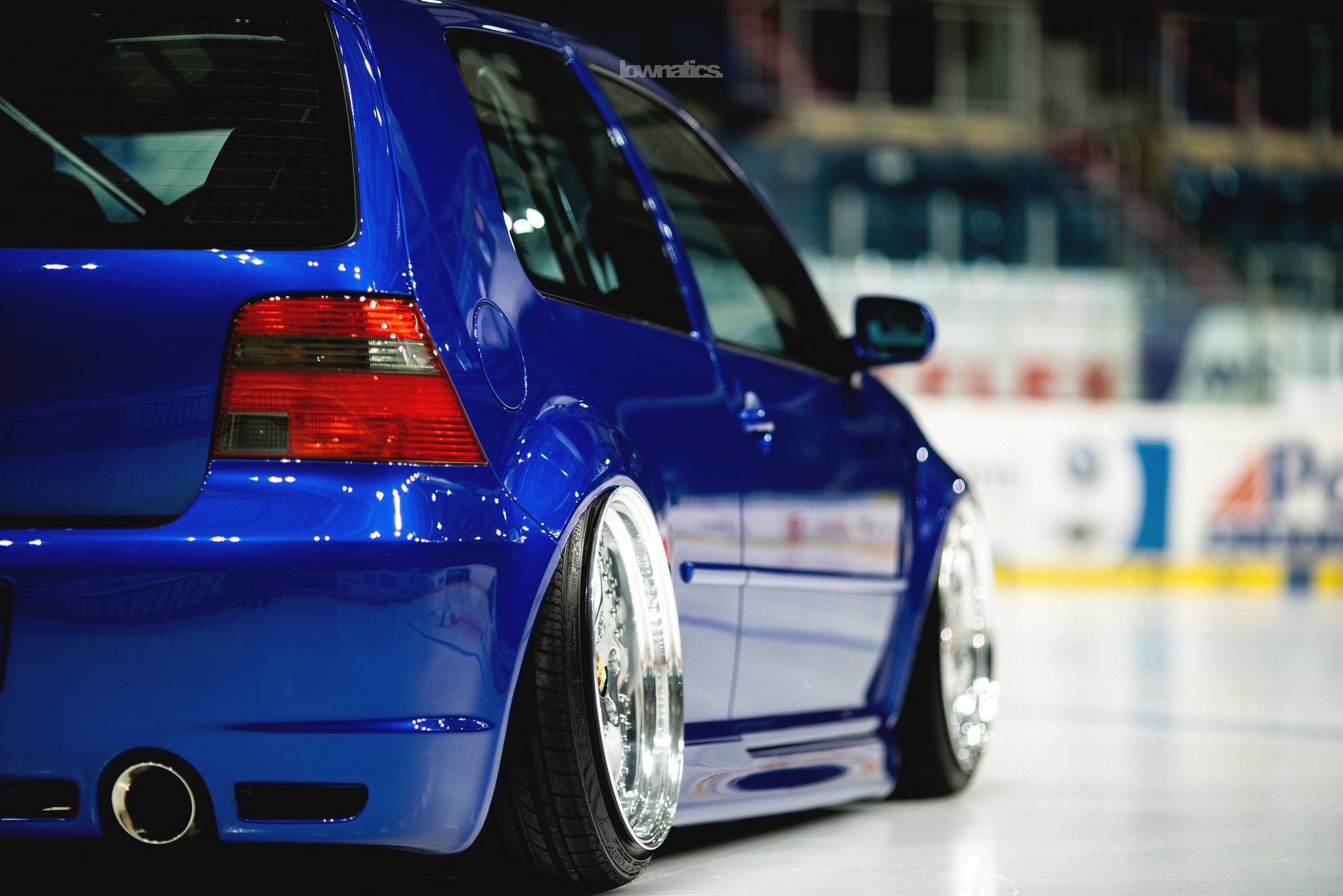 After one year of browsing, he found it. Blue. Three-door. Stock. Then the big mistake, he took the car to Woerthersee – that’s what all people who want to keep their car stock should avoid! It was just in the beginning of the show season when I saw a bavarian slanging message on my phone: „a homie is going to bag his R32 and put some 3 piecewheels on it.“ Wolfi told us the news. Just a few can stay strong after Woerthersee. Stefan couldn’t resist. 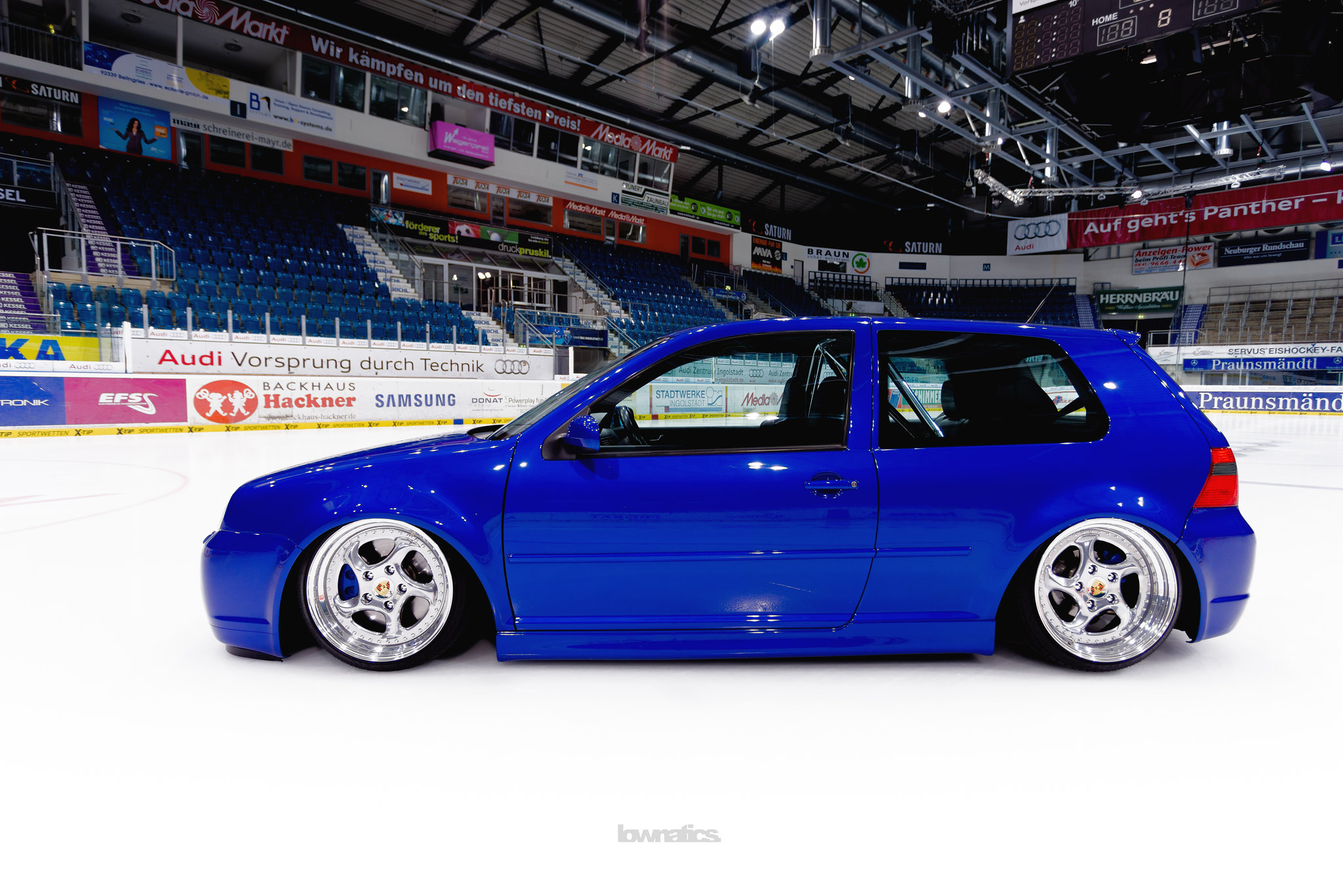 He was already infected by the Golf virus, he even owned an R32 Mk4 before! But this wasnt that particular one. The one. 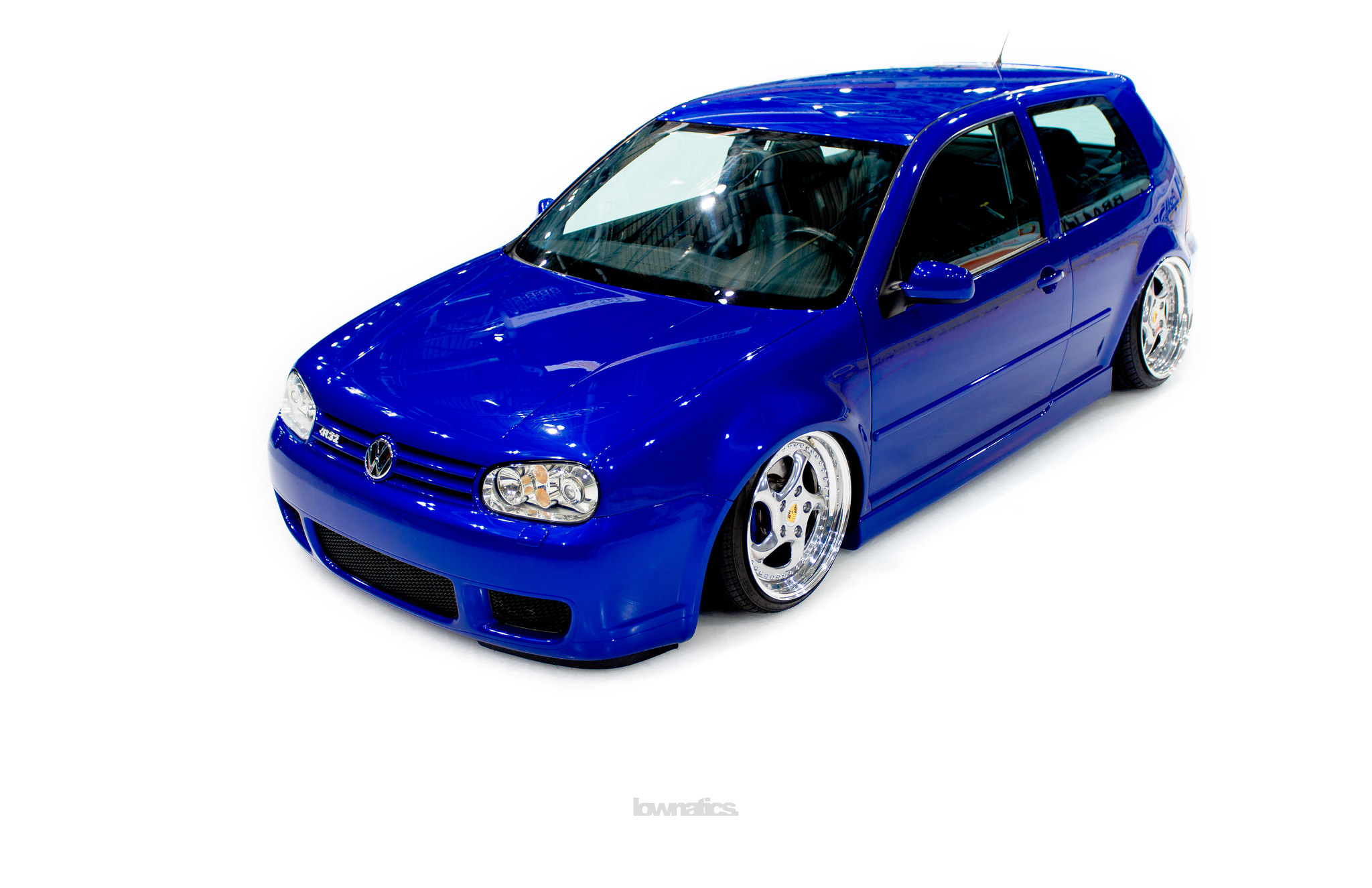 2014 to 2015 was the year of the rebuild. Airride, check. Wider arches, check. Now some nice 20’s – thankfully not. Being Wolfi’s coworker, you couldn’t get away from the lownatics-virus. Some wide 18’s, Eta Beta Turbos, are what should make the cut for the first step. Since finding a perfect set combo is unrealistic, the wheels have been rebuilt from 8 and 9,5×18 to 9,5 and 10×18. But while you’re reading this, this is no longer up to date. 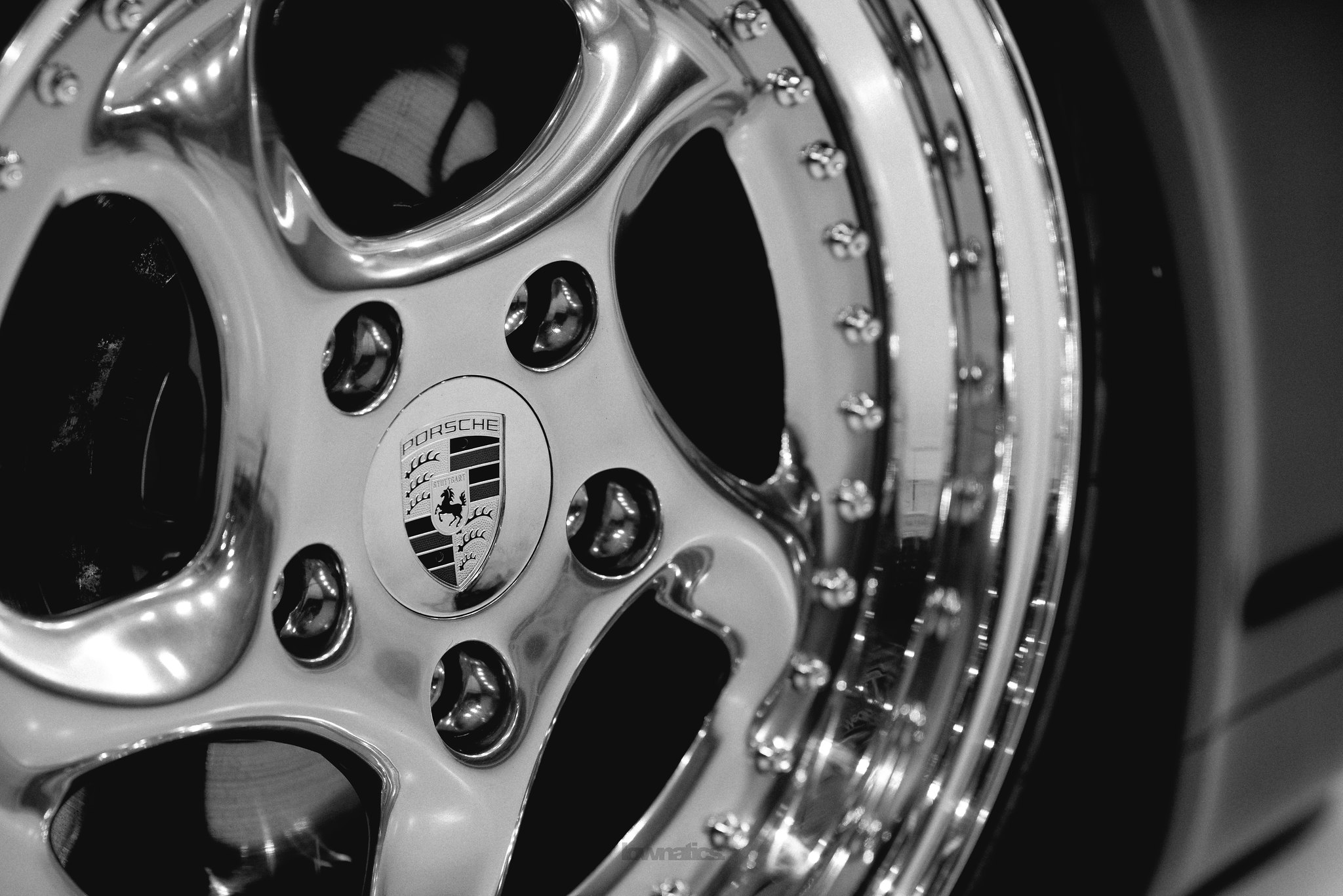 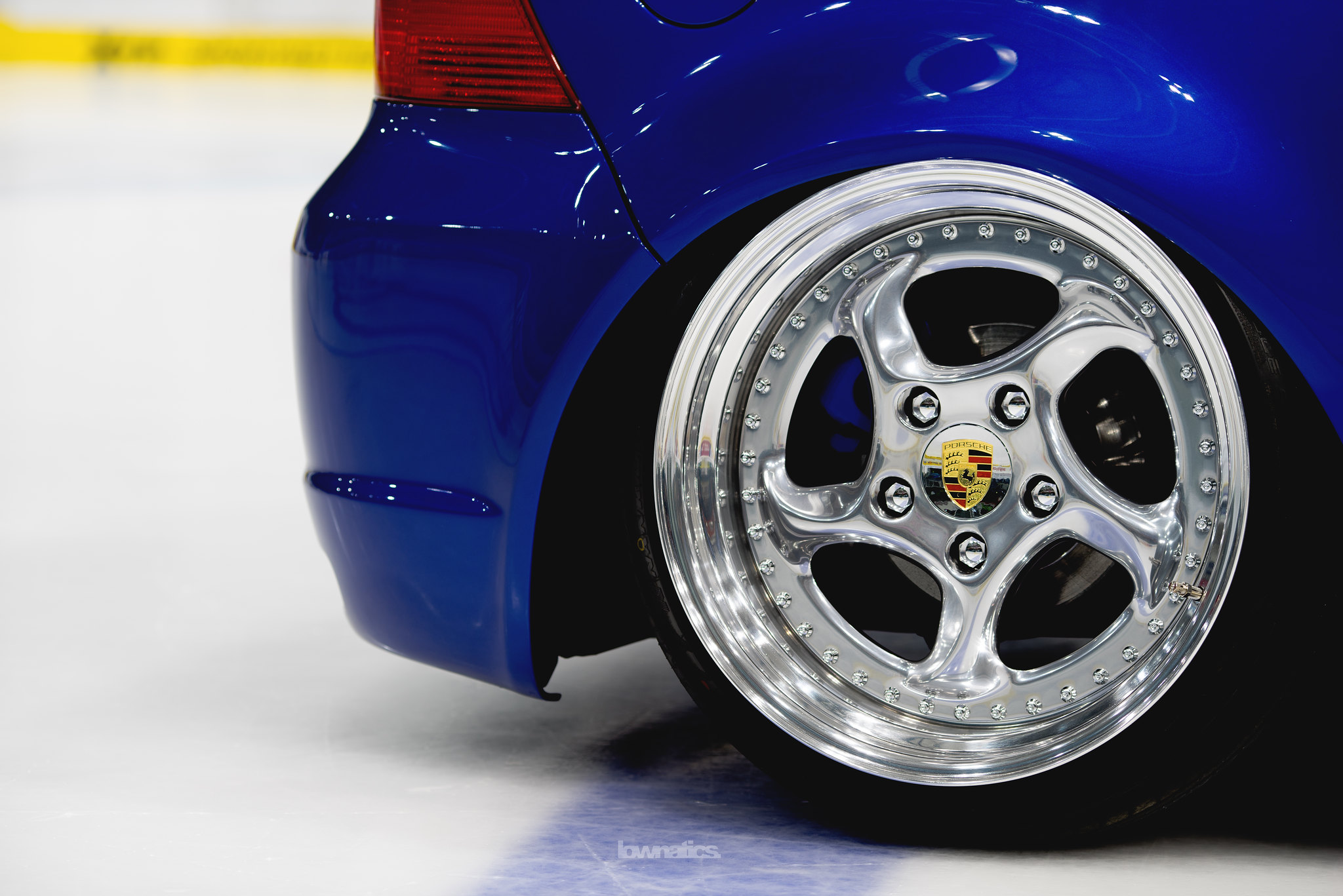 Basically the most important things were done, but Stefan is a perfectionist with taste, thats why the „R“ of the R32 had to be worked out further. A Milltek Exhaust-system with manifolds, 200 cell cats and middle silencer replacement pipe were installed. 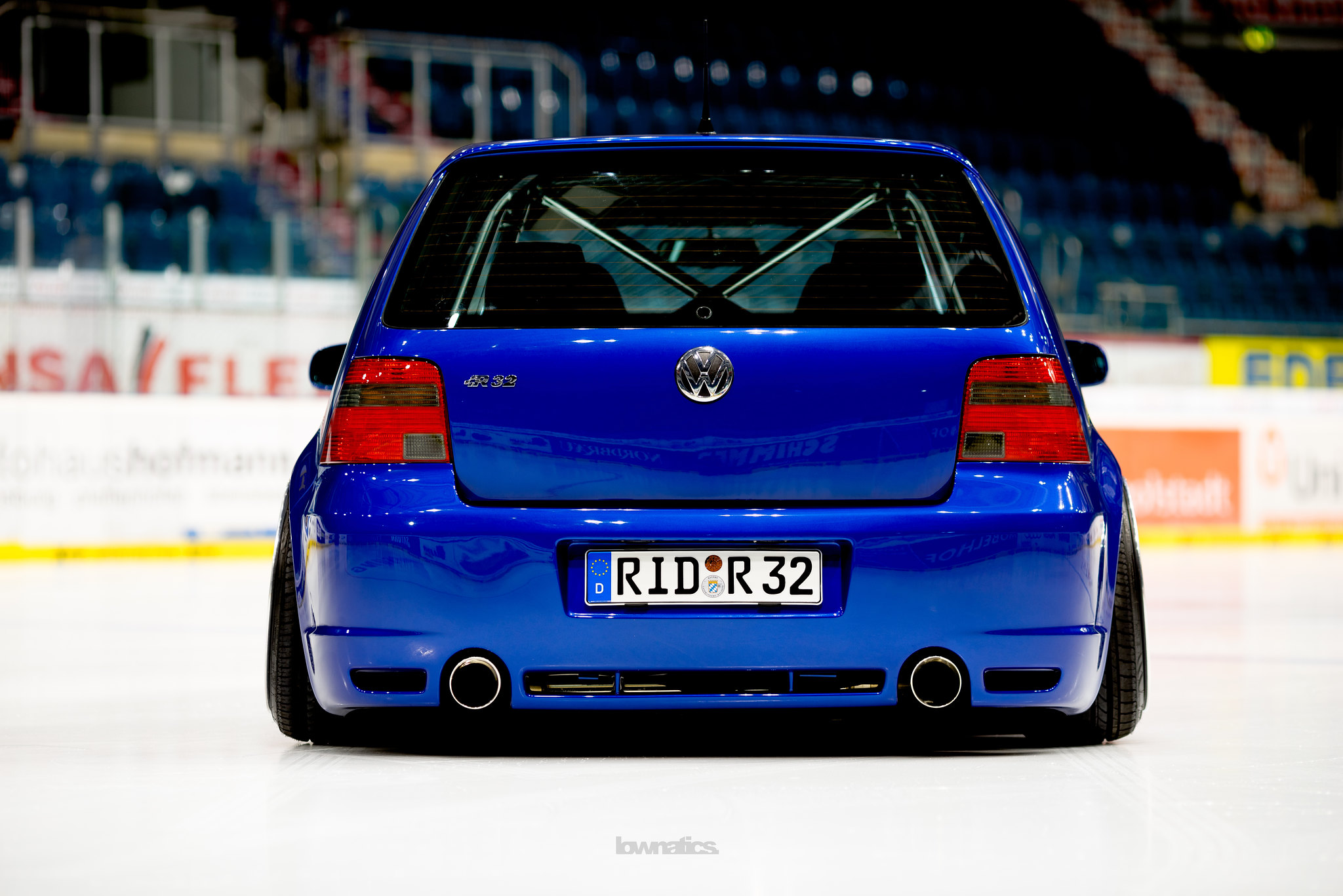 „An RRRRR for your ears, thats what you need with an R32 and i love this car for that!“ 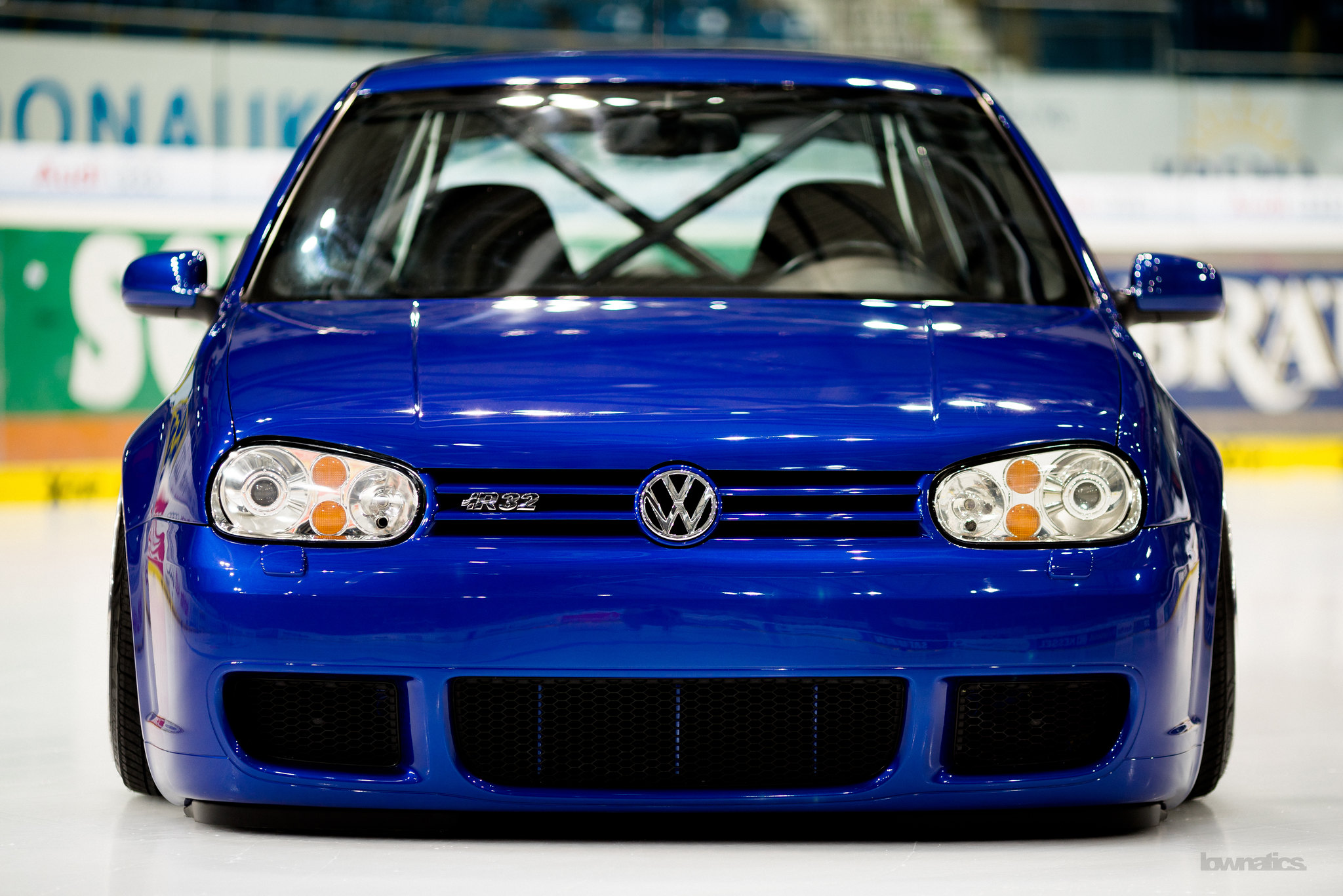 The interior turned full black. The headliner got covered with black alcantara and the remaining parts like mirrors, handles and other small parts were replaced by black ones from Volkswagen. To get some contrast and a sporty look in the interior, Stefan treated it with a polished rollbar with an x-brace. 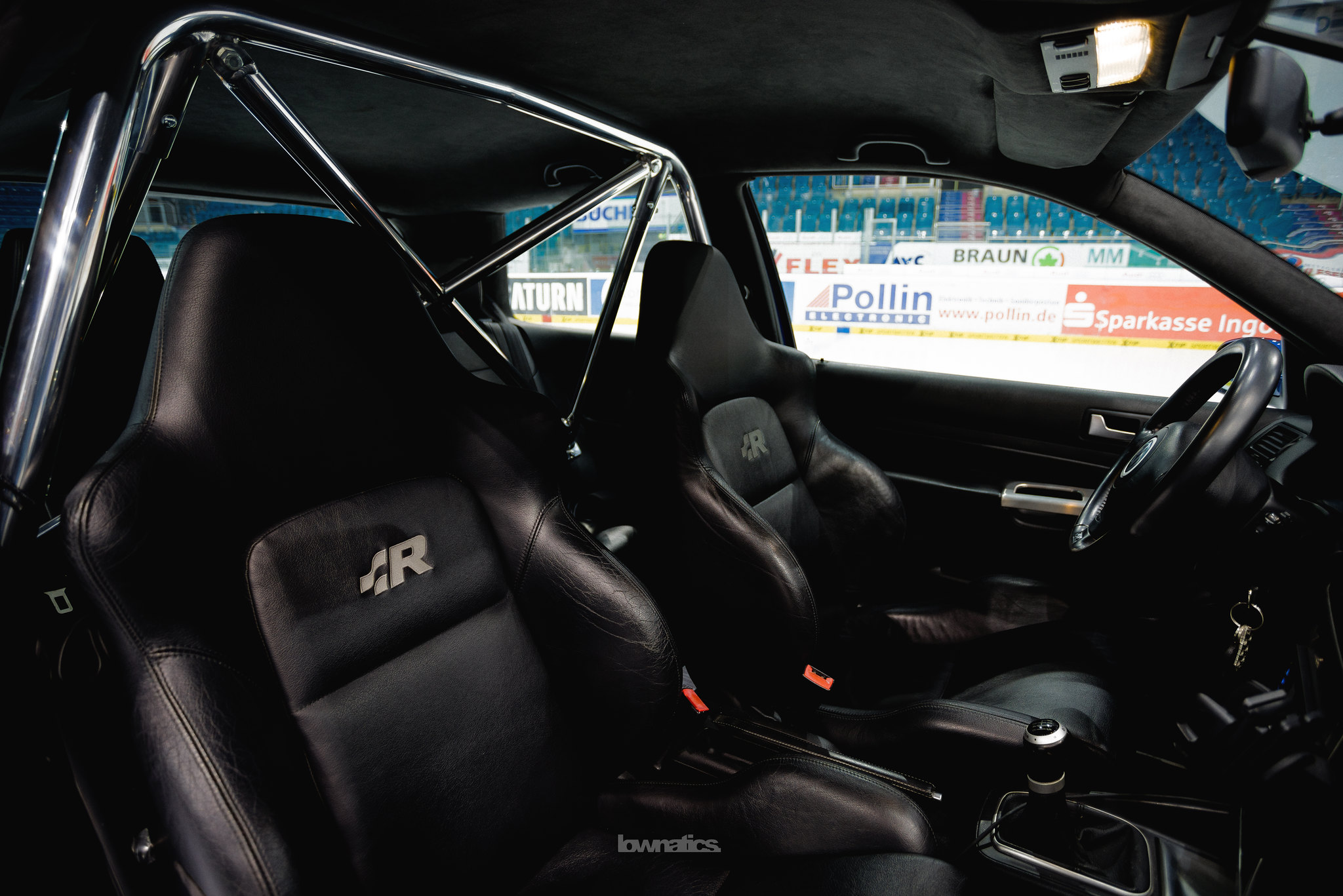 To achieve a cleaner look, the trunk handle was shaved and all wipers removed. Now, with the arches and bootlid that had to be repainted and Stefan being a painter, the whole car was painted in the original color. Perfectionist. 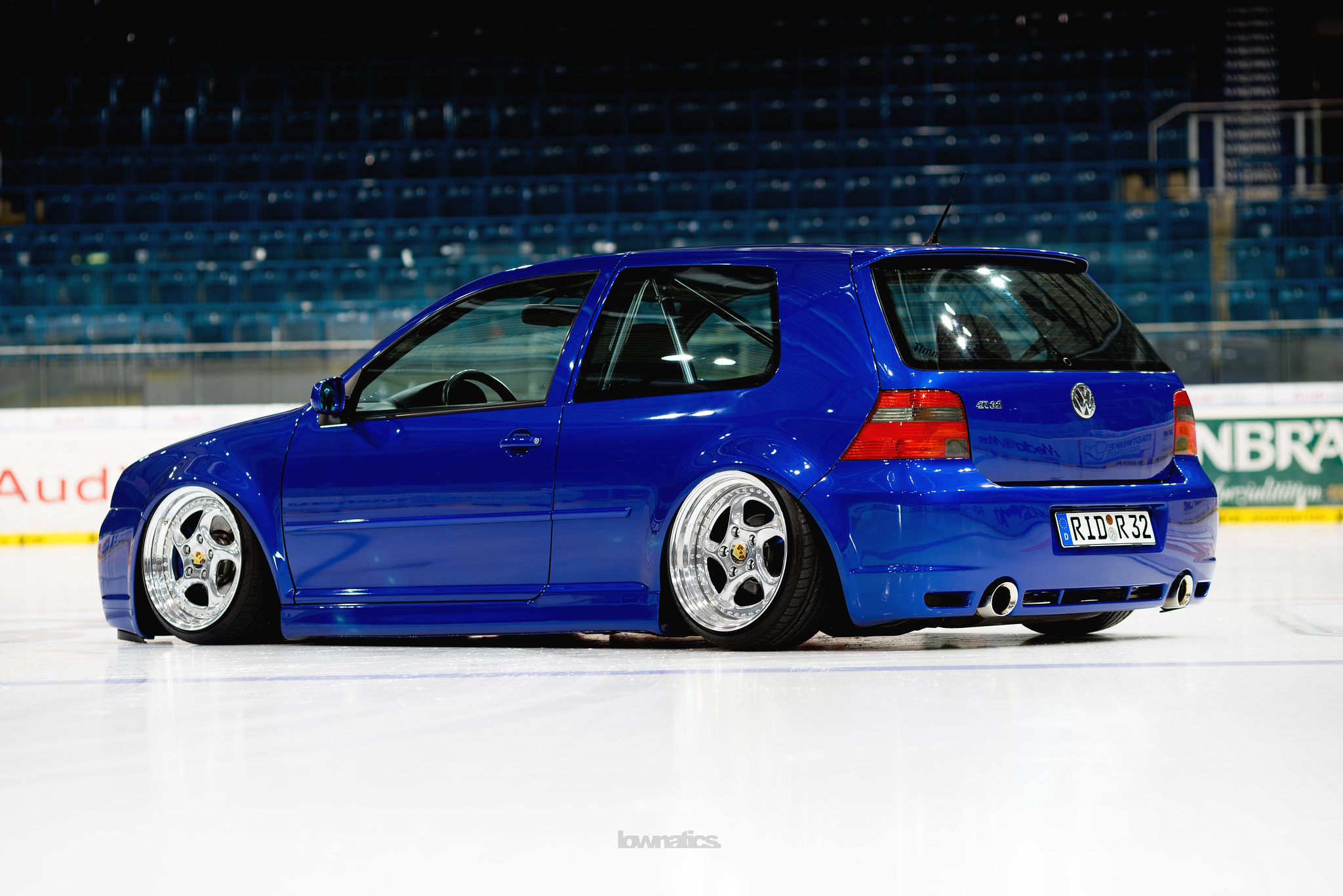 Stefan already has plans for the future. More power, wider wheels and one or two more details…but more in the next feature about the RID:R. 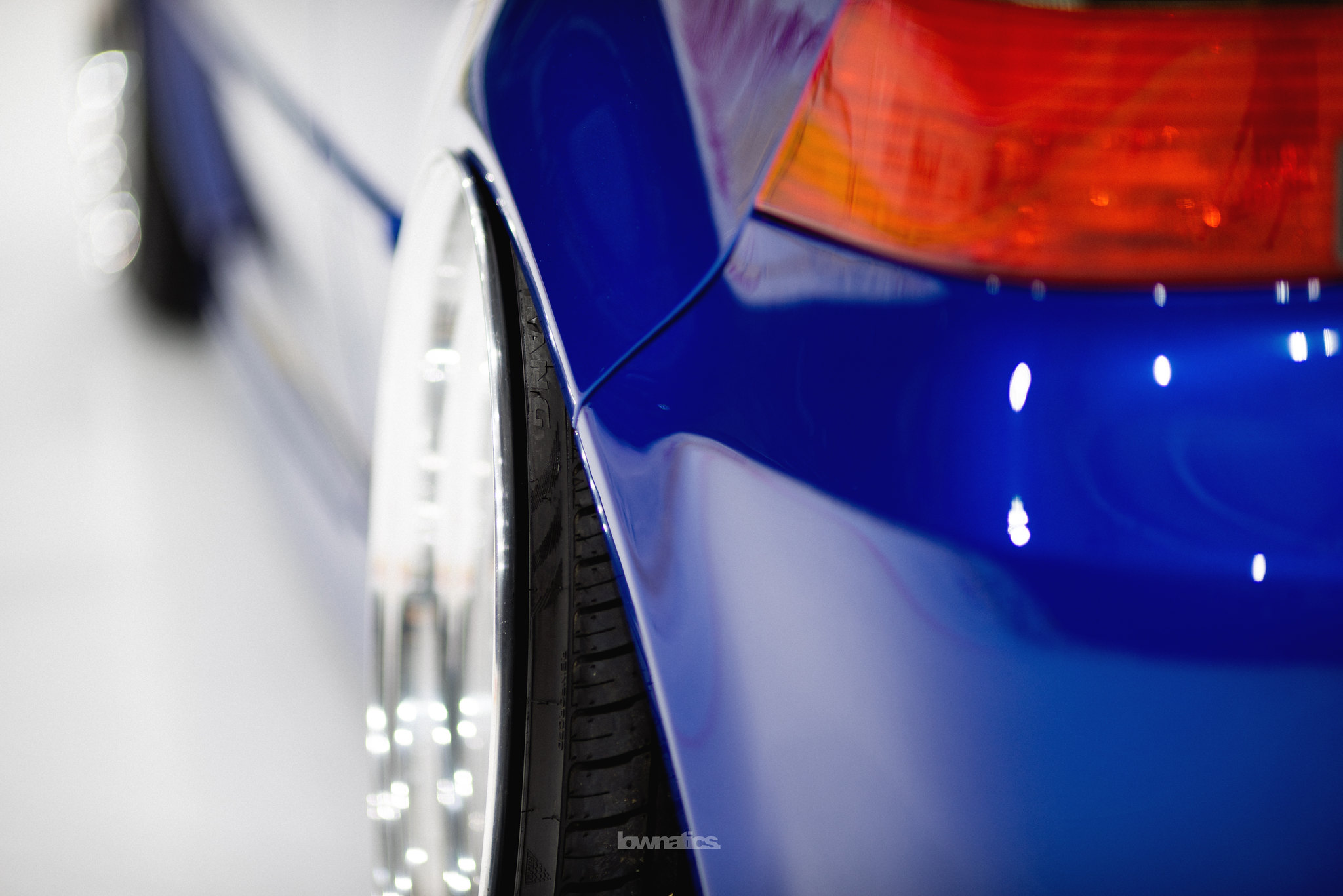 In the end, you would probably ask “Why the hell in an ice stadium?”. Guess what; Stefan is a huge fan of the ERC Ingolstadt Panthers ice hockey team, so why not shoot in their home arena? As quick as the car was done, he arranged to have the Saturn Arena open for us to shoot his car. 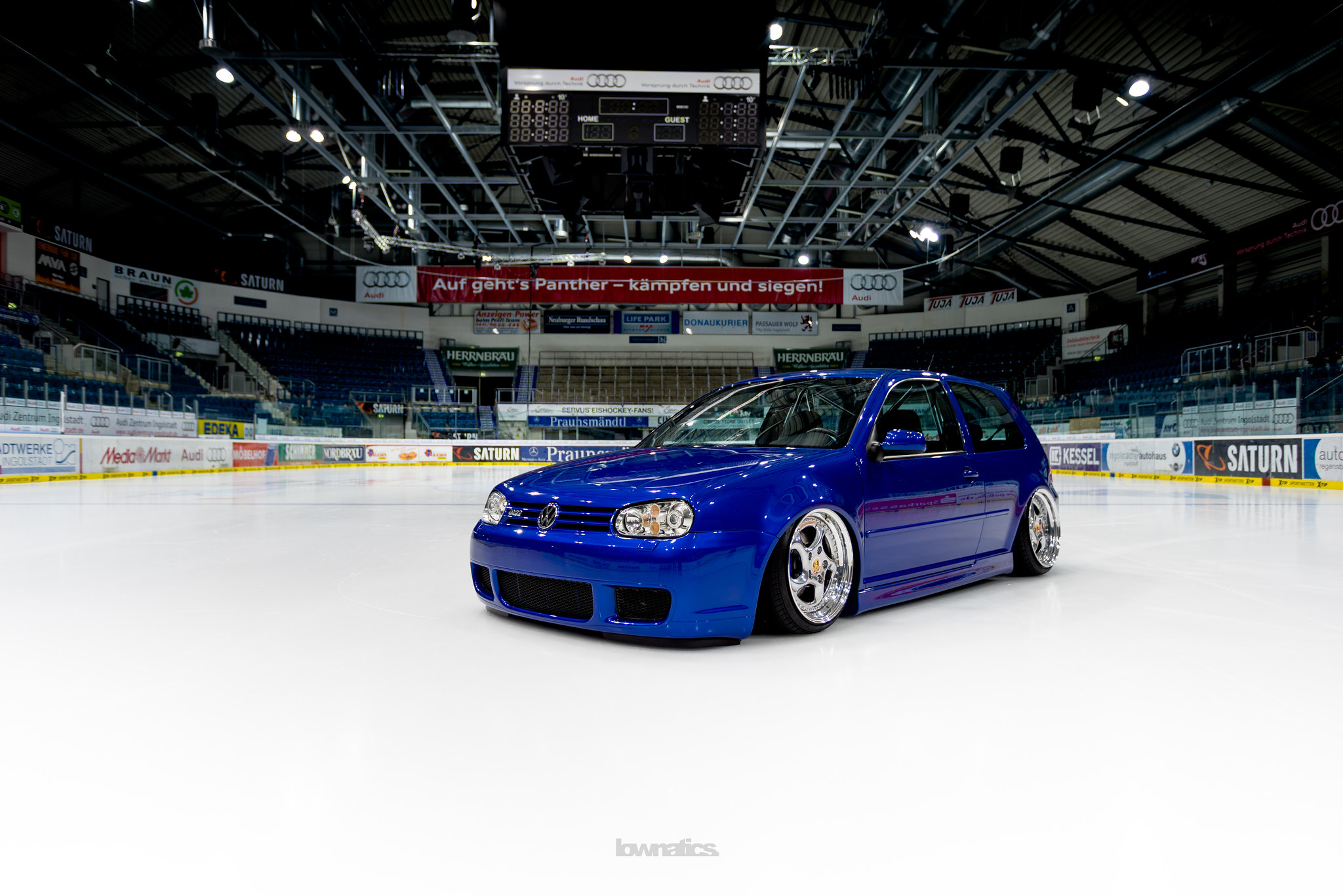 „A big thank you to Wolfi, for every advice and help at any time!” 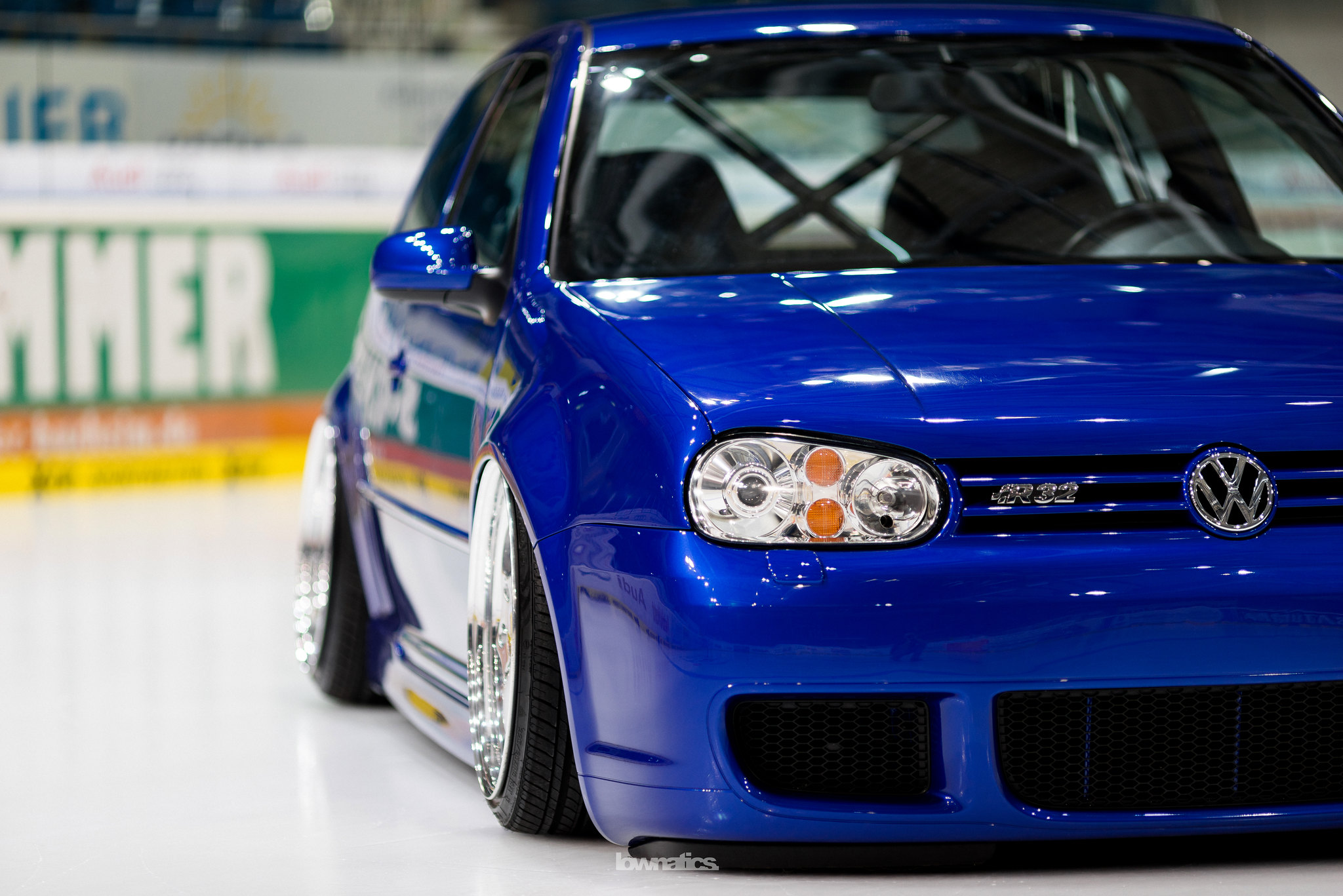 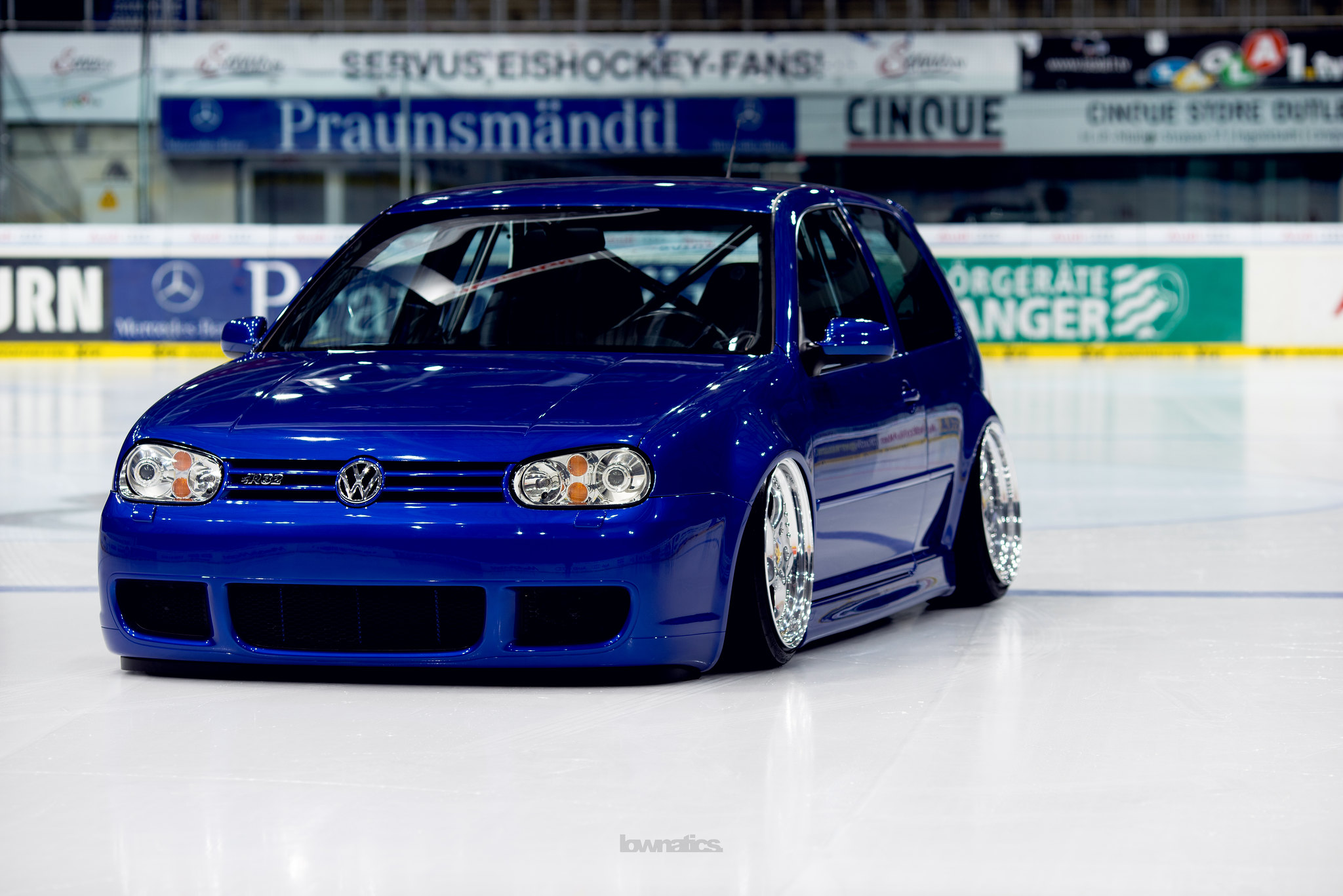 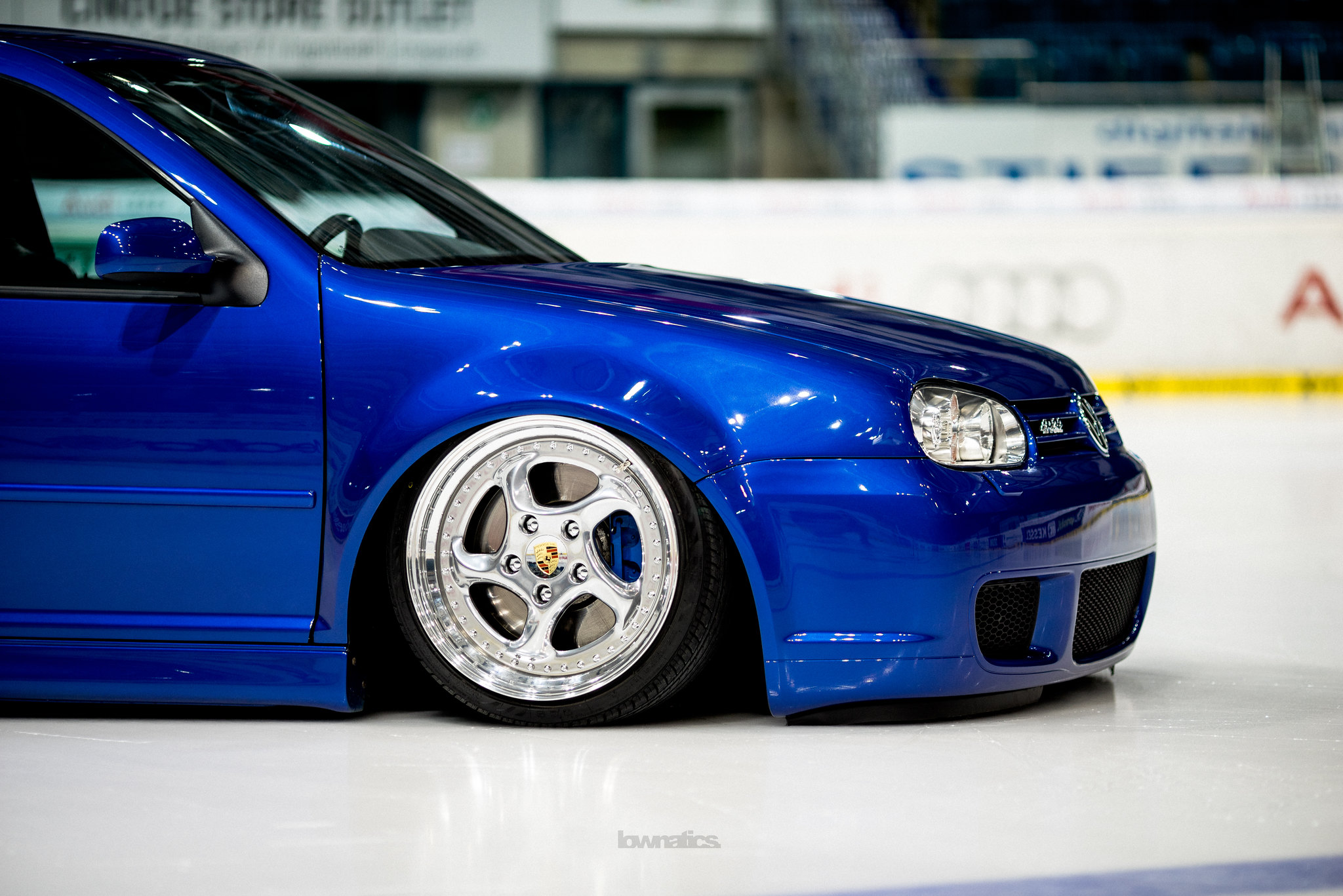 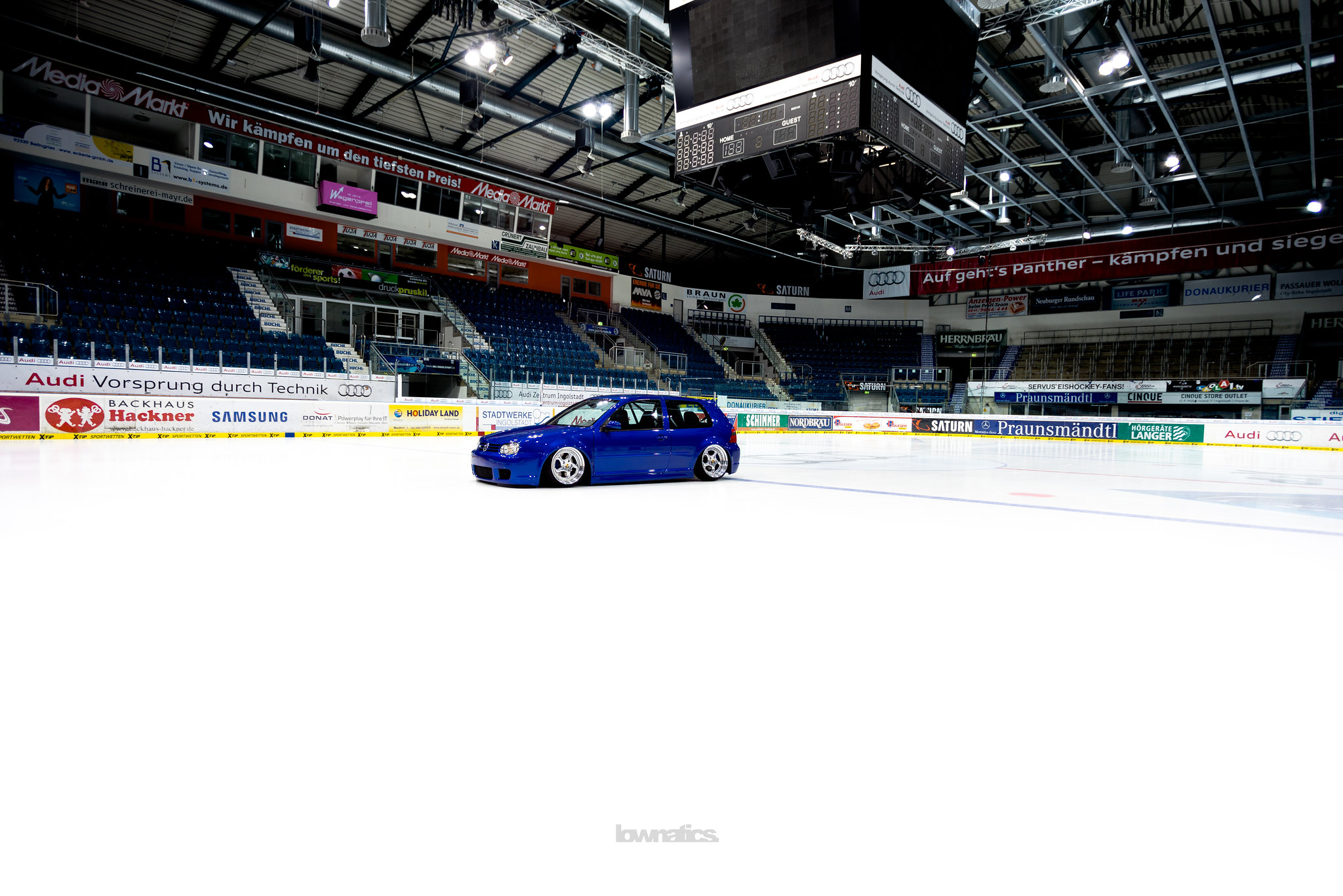 check out flickr for more shots of Stefan’s R32