‘Low, wide and loud’ – a typical saying in Germany used to describe the late 90s E36 BMW’s where upon closer inspection only a handful turn out to be clean and well done. Only time would tell if this would change and a decade later, after the E46, BMW released the E9X Series. Again, characteristically built with narrow stock axles for more offset. 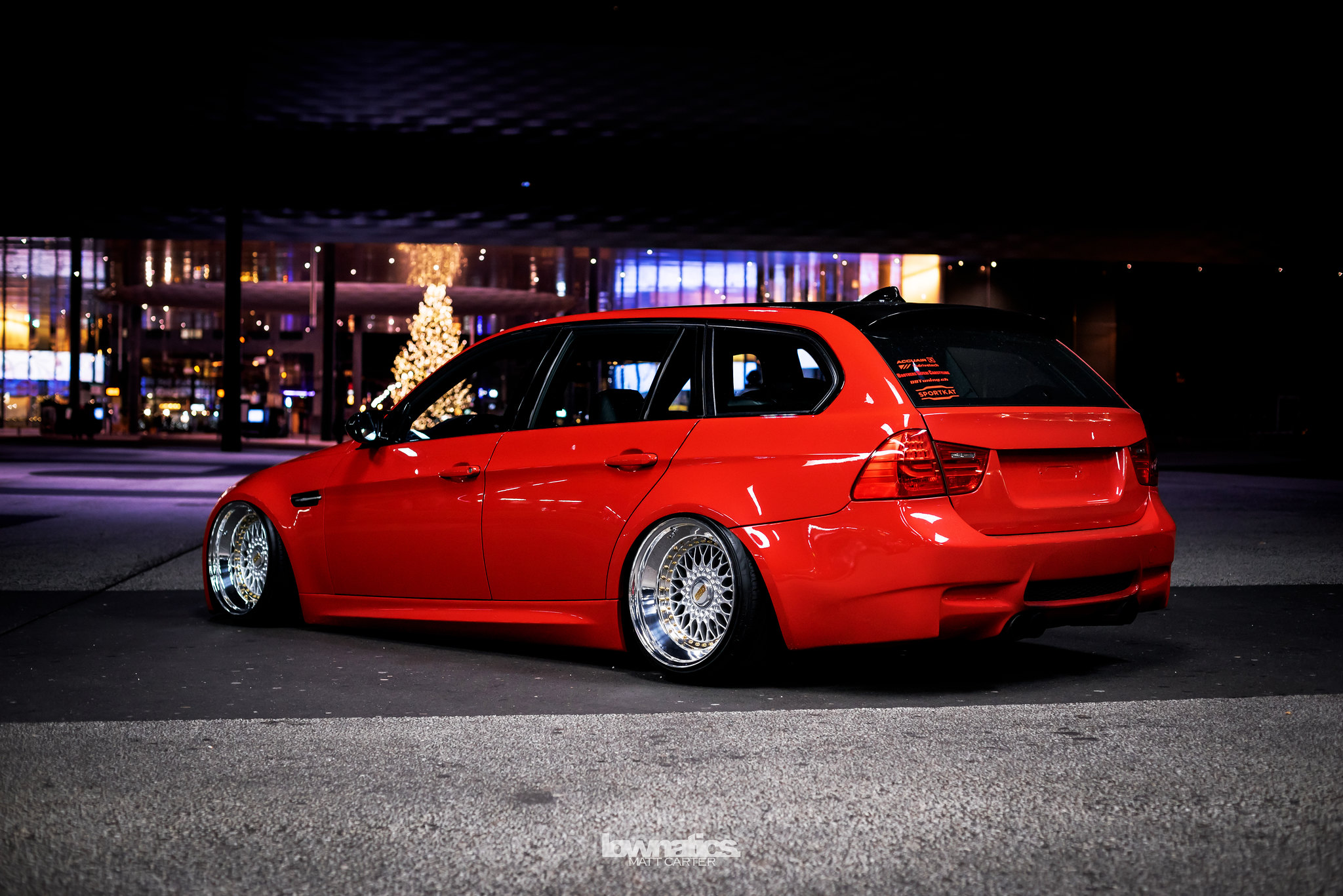 Let’s start in 2012, where it all began. Buni and his older brother Bekim, the CEO’s of BS-Carstyling fired the starting pistol with a vision: to build an E91 M3 Touring.
The car should turn heads about 180 degrees at 2014’s shows and meets and they had the perfect base to start with; a low mileage 335D. 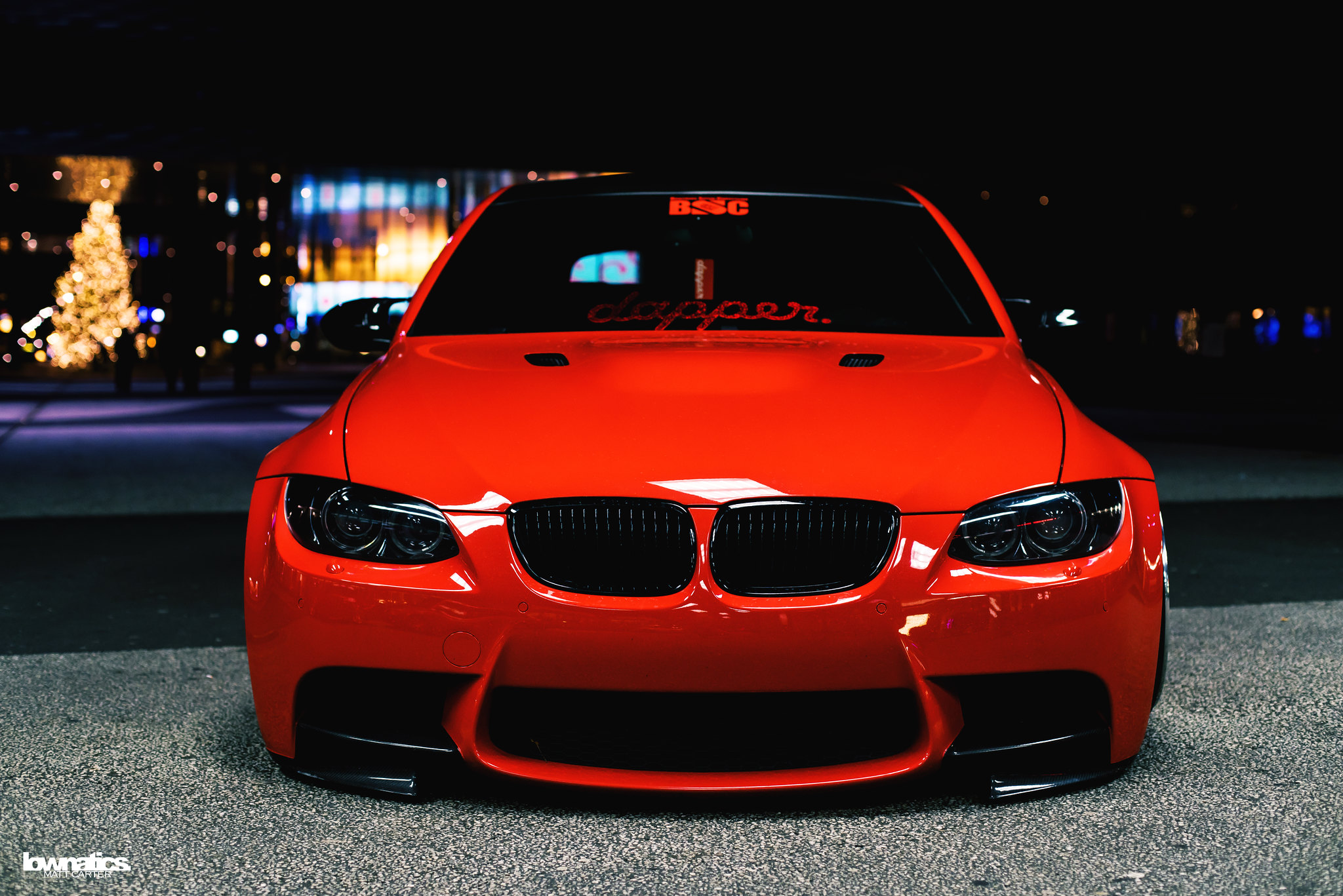 But let’s go back even further and have a closer look at BSC. It’s always good to know „who you’re fucking with“. Buni and Bekim combine the pillars of car tuning: Paint, Mechanics and Fabrication. The Seferi brothers started customizing their cars at an early age. Their modifications were received so well that more and more strangers asked about getting their cars done by the pair. In 2009 they officially started their tuning business alongside their regular day to day jobs. Three years later and with a lot of success, they changed from trading cars into building cars. 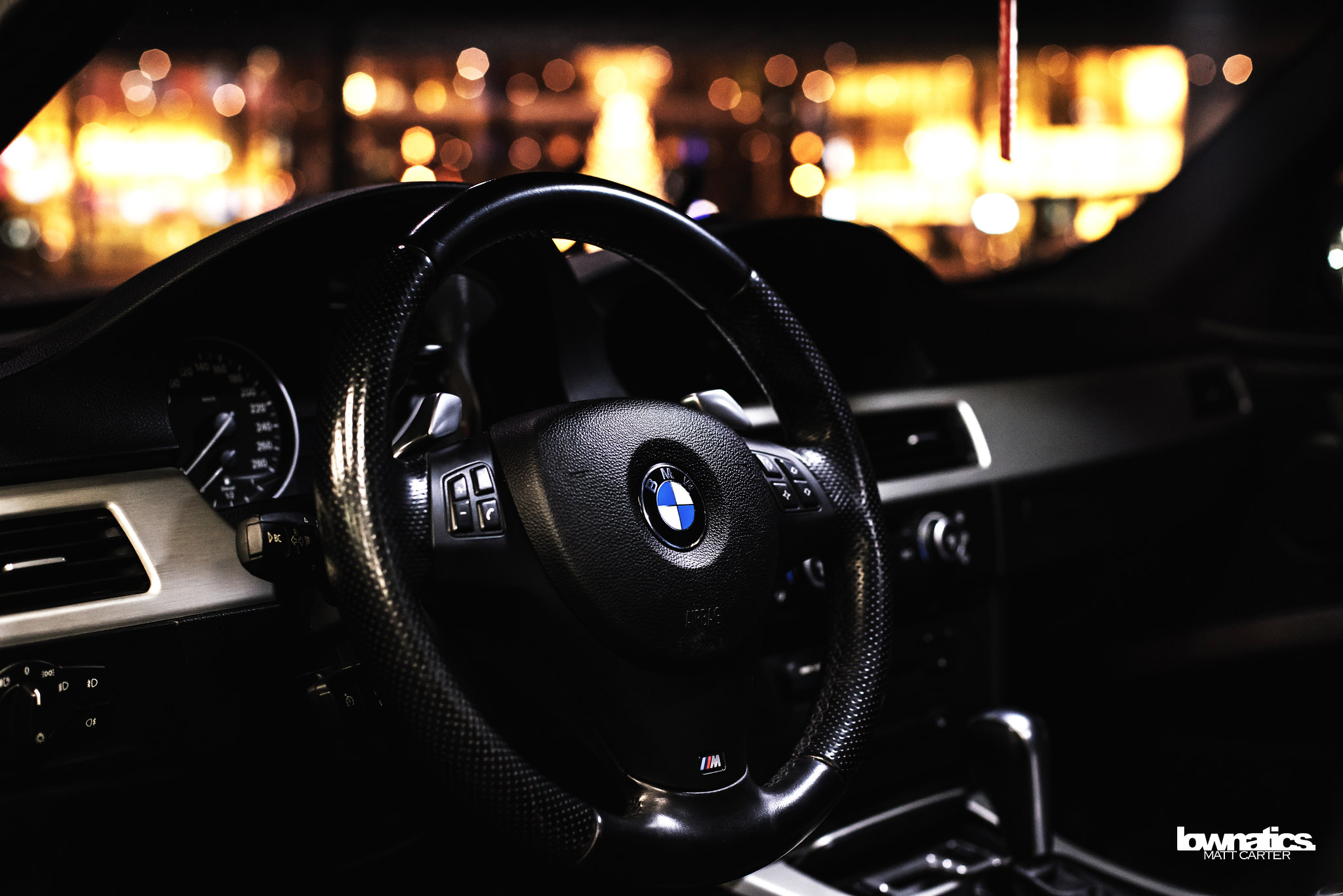 With the perfect E91 base, the BMW should represent their company and face everything ever built. The diesel M3 Touring. Big steps to success:

Unfortunately the E91 and E92 are brothers from different mothers. To keep the original M3 aesthetics they had to extend the front end by about 4 inches. The quarter panels were widened about 1.5” each side and radiused 0.5” higher along with the front fenders. The custom M3 rear bumper was built from three OEM bumpers to it looking perfect. The roof rails were shaved to cover the roof in carbon fibre like the coupe ones. OEM Plus at its finest. Everything is hand built. Less obvious are the carbon fibre flaps on the front and the custom painted black headlights. 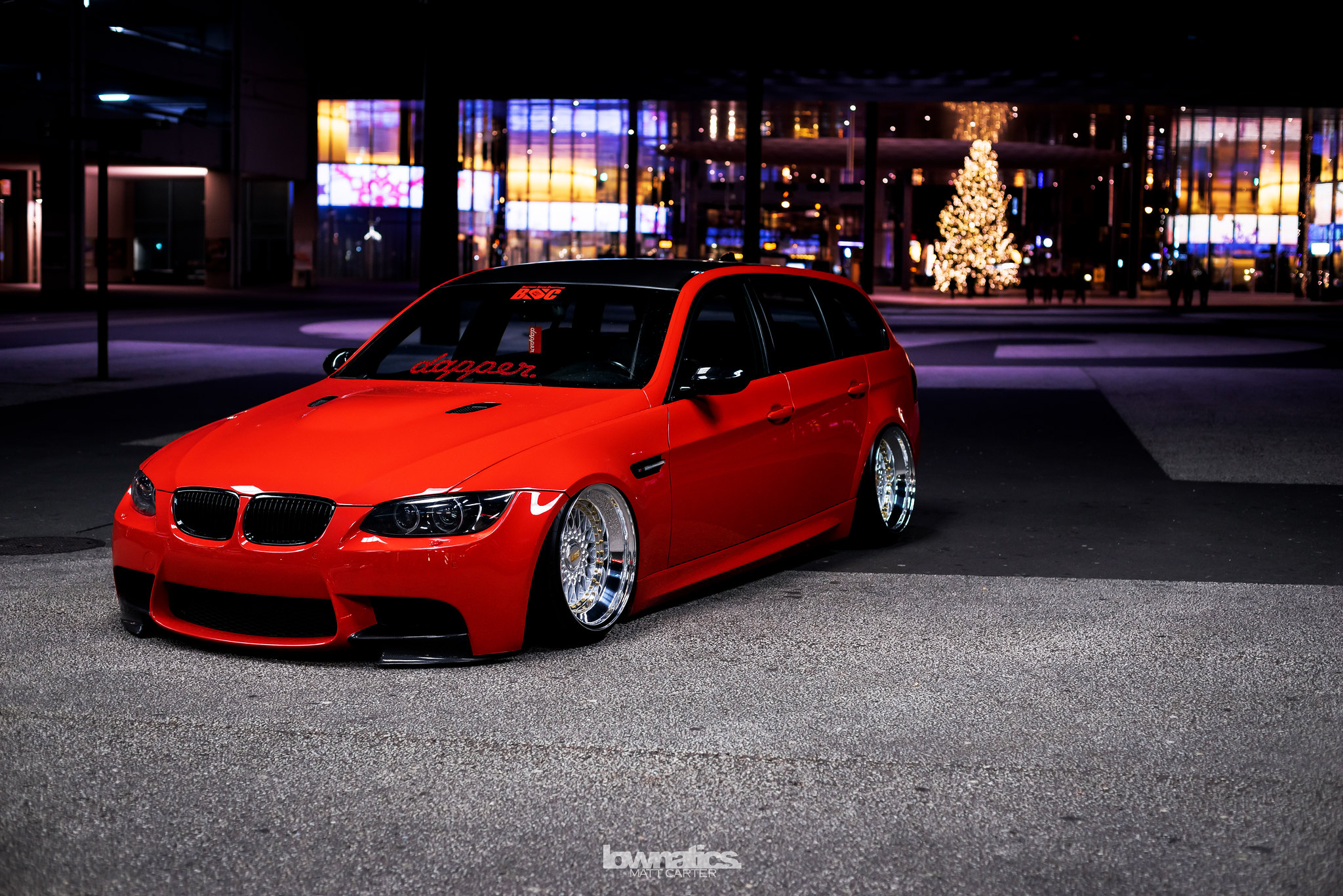 The first pictures released came from Wörthersee 2013 back when the car was black. Matt still remembers the first meet-up with the „mafia-wagon“ and the small-talk about his airride setup. 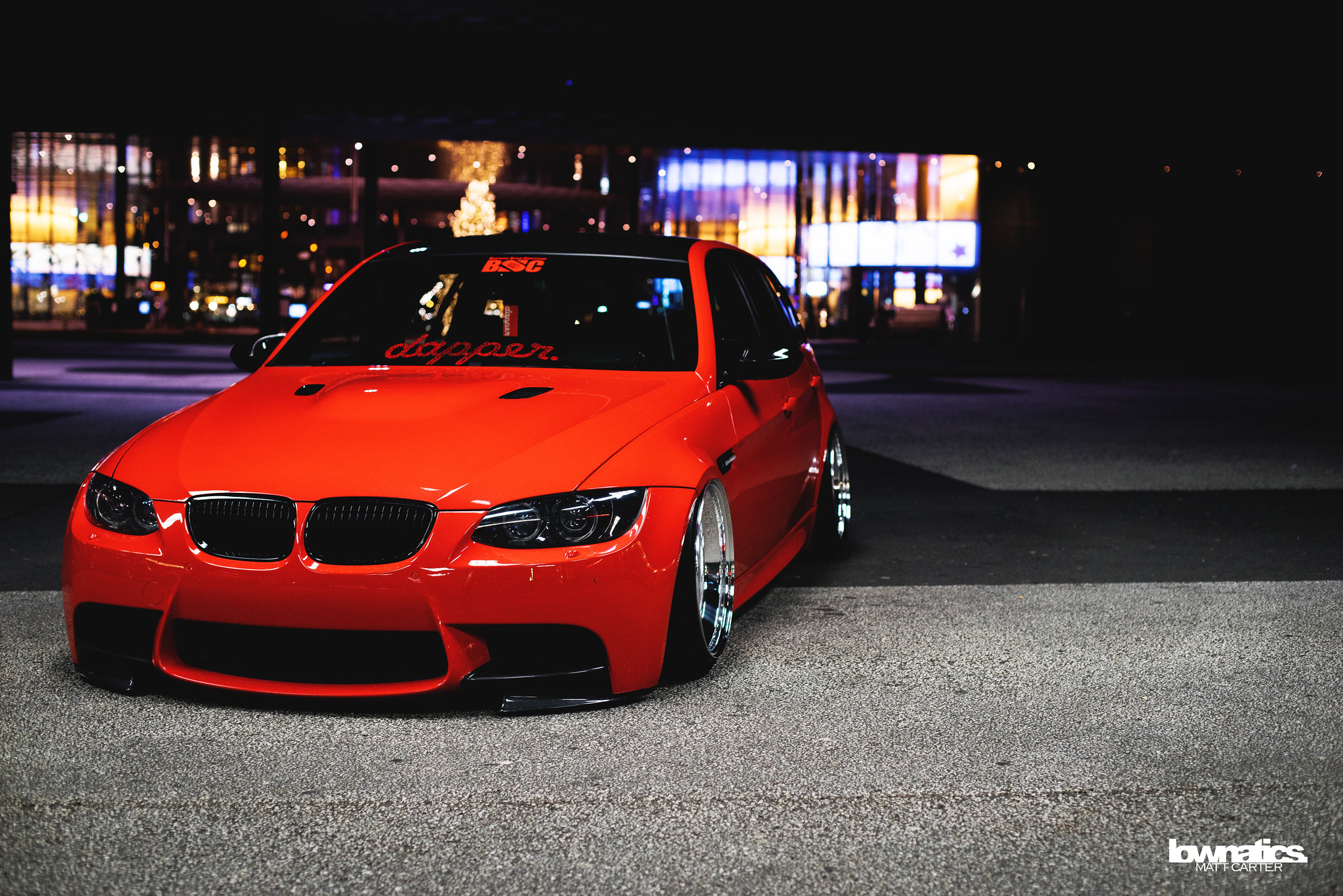 During the whole retrofit, the two brothers met their newest family member Roland from Austria. He builds car bodies and is a suspension expert. Funny coincidence that he knows the CEO of HP Drivetech, an Austrian airride supplier who is now working with BSC. They changed the static suspension to air. 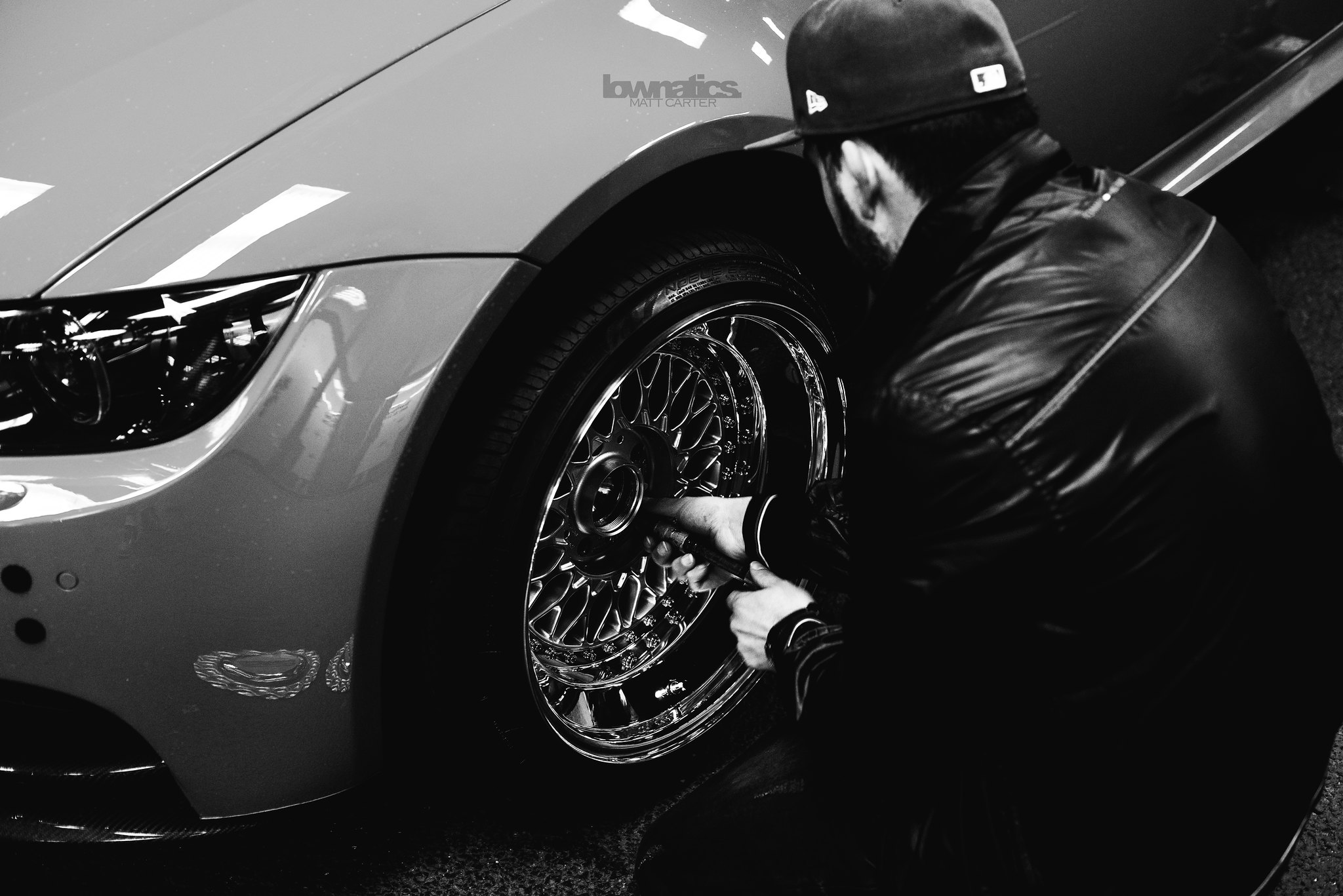 The first time I saw that wagon was at Wörthersee 2014. I was astonished: „Was it the black one, just with more swag?“ The car was red now and fitted with three piece wheels. I didn’t meet him that day, so I asked the crew if it was THE whip…bullseye!

After some messages with Buni, I recognized that he’s living the fitment lifestyle. 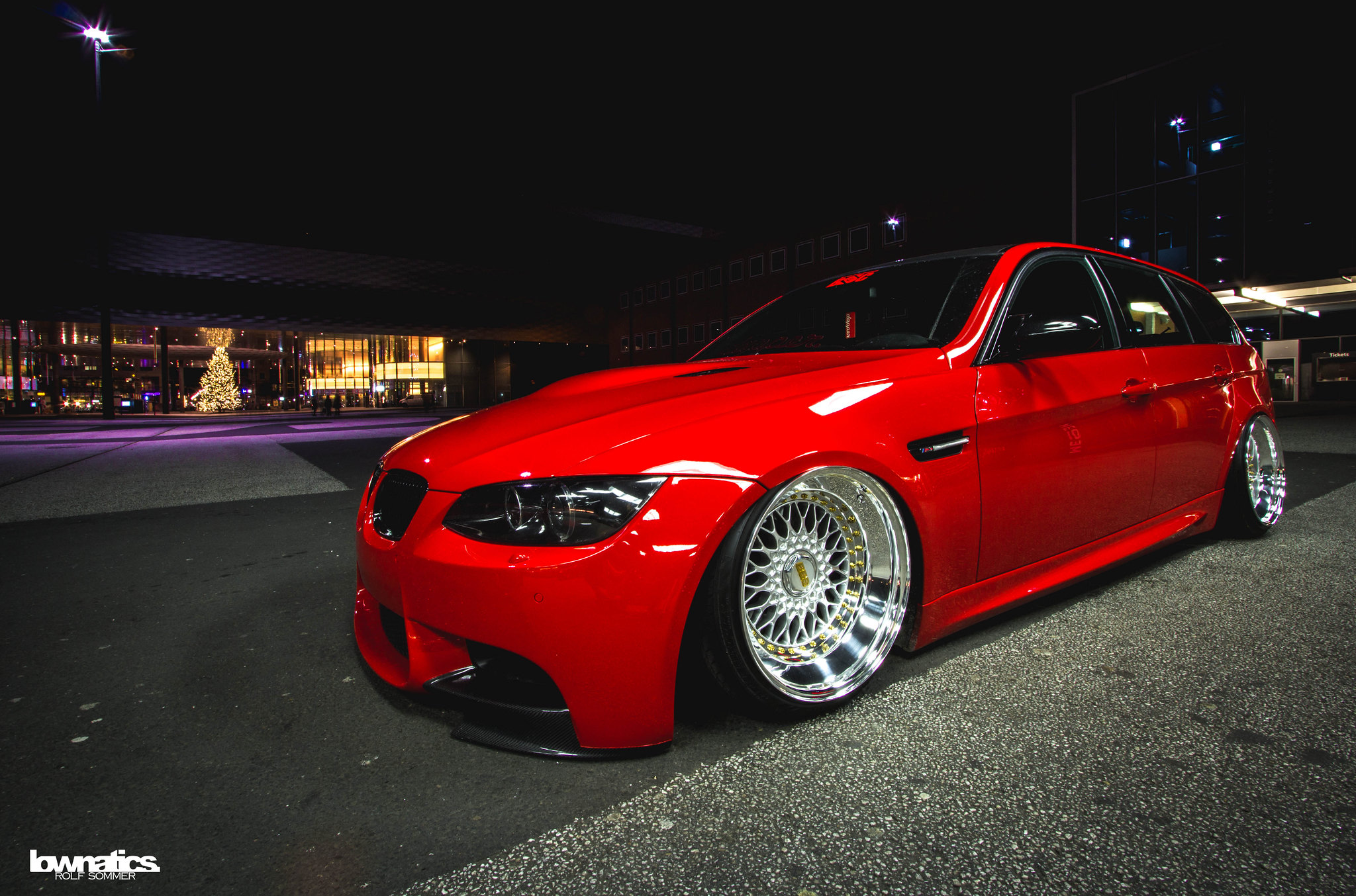 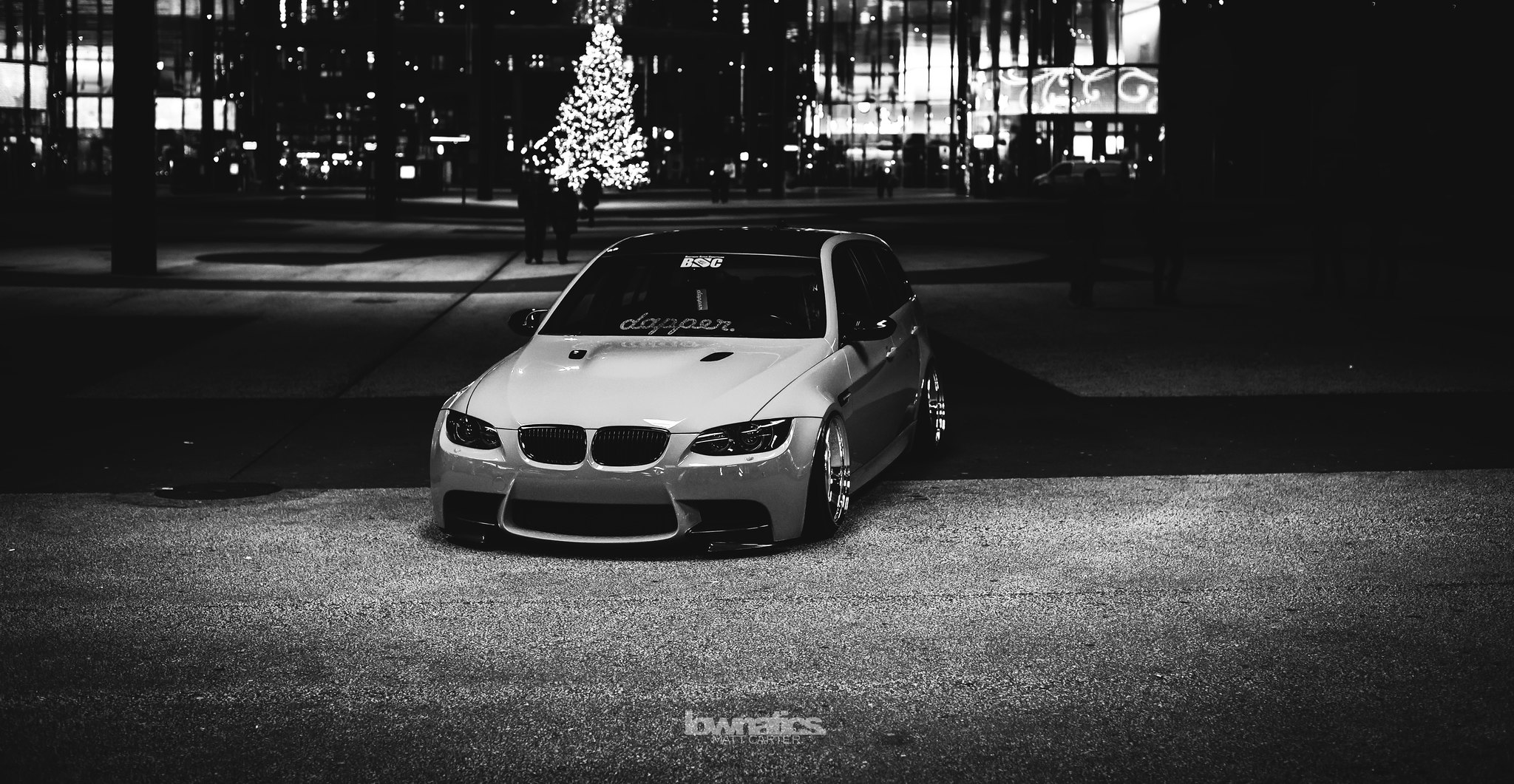 He told me about a project with Messer for a polish car show called „Raceism“. Some ME06 centres, which were milled to the measurement of his BBS RS 302’s to double-step them up to 18” …with slant lips. I was shocked, even more when I saw the first pictures online. Fuck, I couldn’t be there that weekend… His wagon went viral, totally killed the game. „Scenepoint-level infinite“ – A BMW as beautifully classic as you can imagine. „#1“ at Raceism, he had that coming. 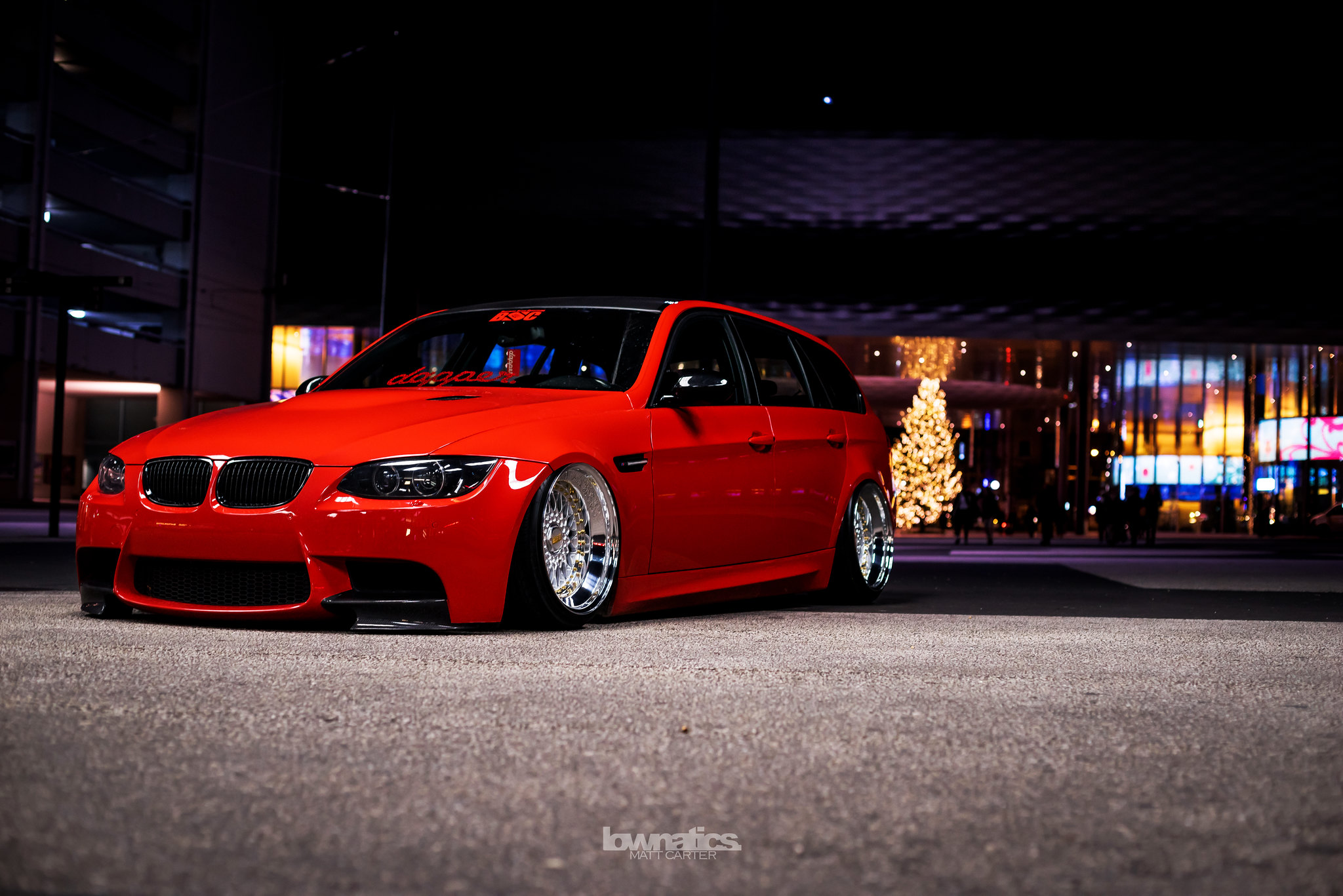 Some weeks later he sent me some pictures of his refurbed BBS RS with that little text „Game Over“. Please let me shortly explain you the simple formula: deep wide outer lips + silver painted centres + golden hardware + negative flat caps = Game Over (watch out for the speclist!) 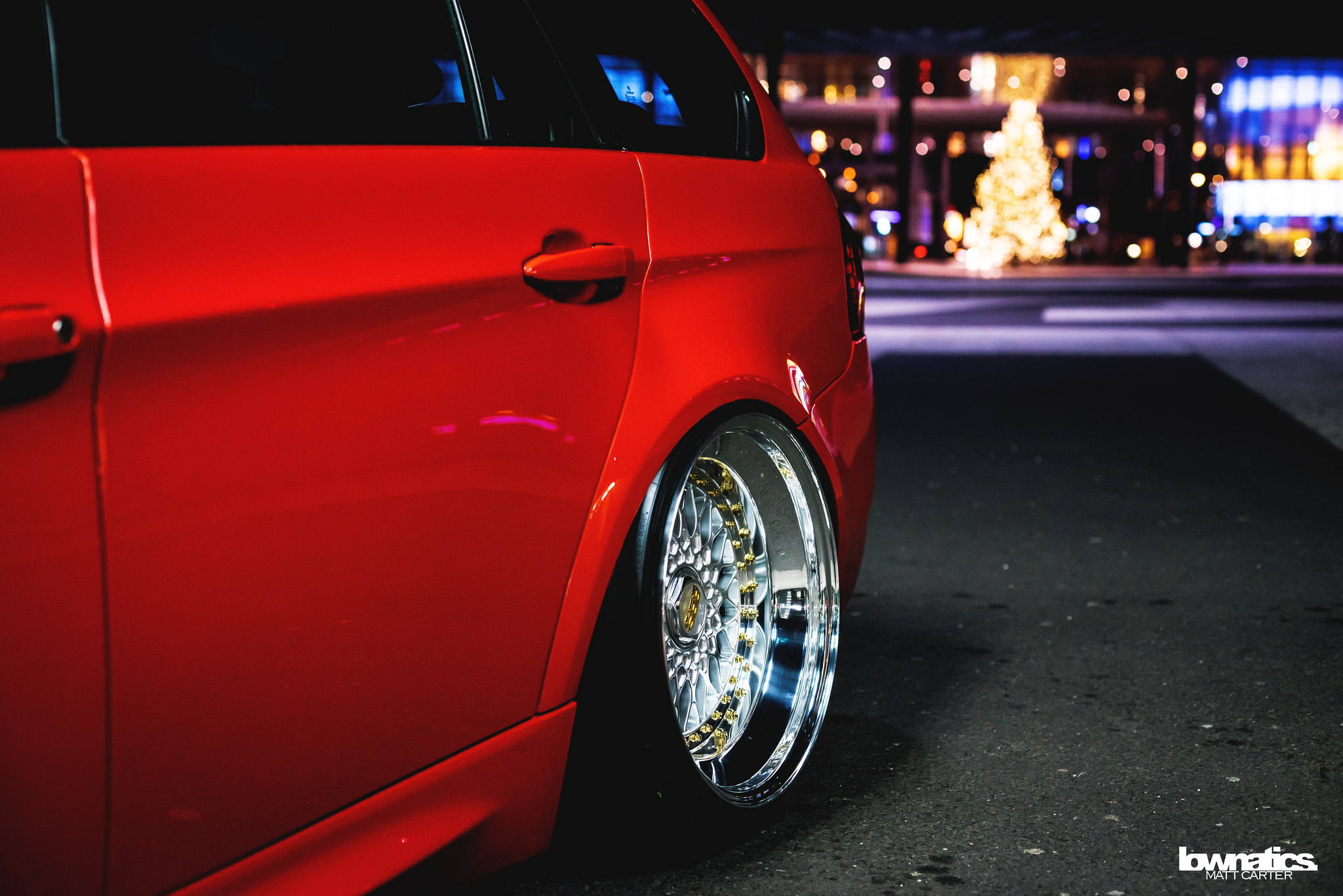 Essen Motorshow. For some the place to see the new „innovations“ of car companies or „tuning“-companies. Last year it turned to Mecca. But instead of visiting Mecca, people came to pilgrimage to Buni’s BMW. Everyone was standing in line, watching, photographing it and so on. I just wanted to lick those BBS. 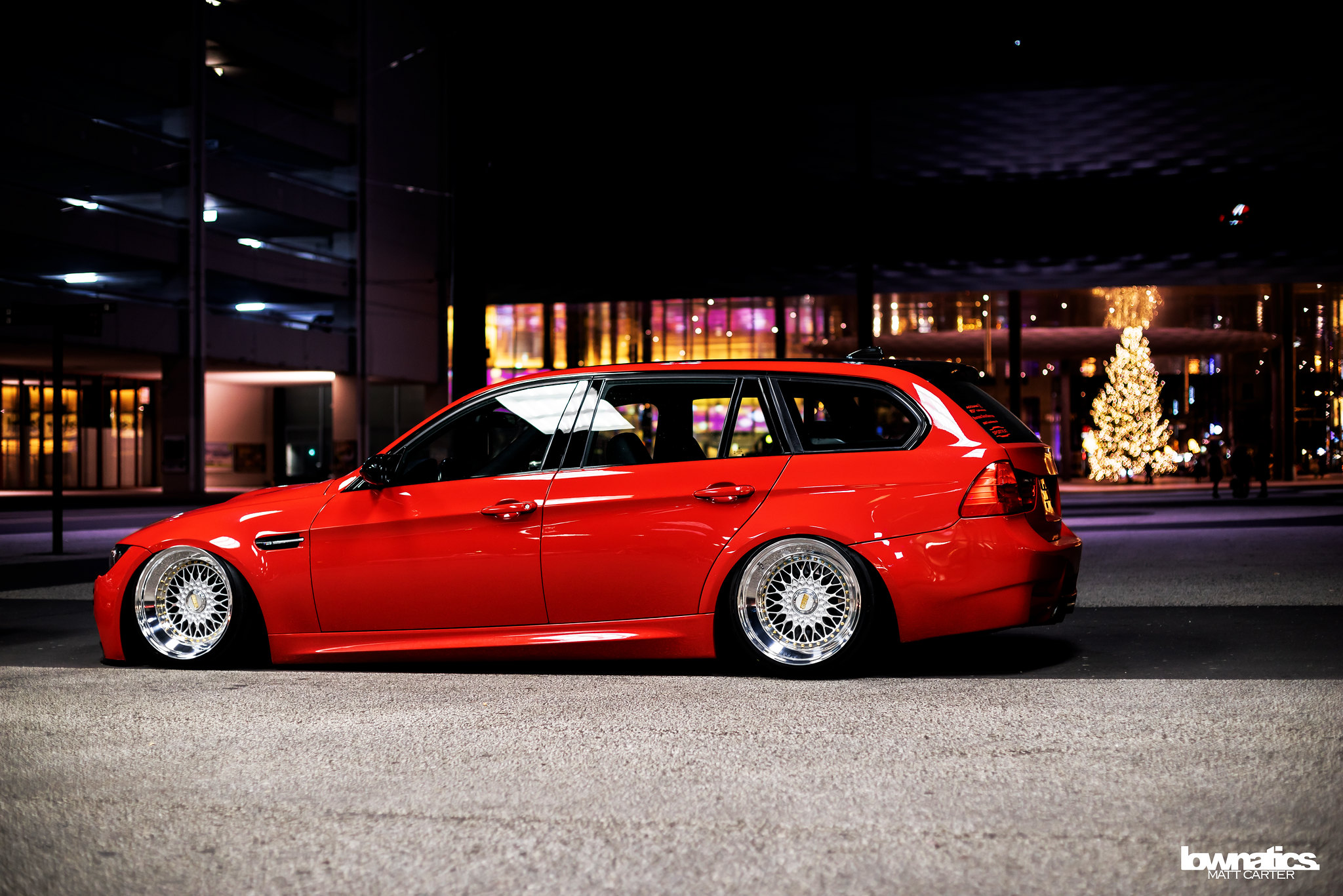 We wanted to shoot the car, but we never found time… Before he sold his Messer Wheels, we had to head off to Switzerland to shoot the whip. 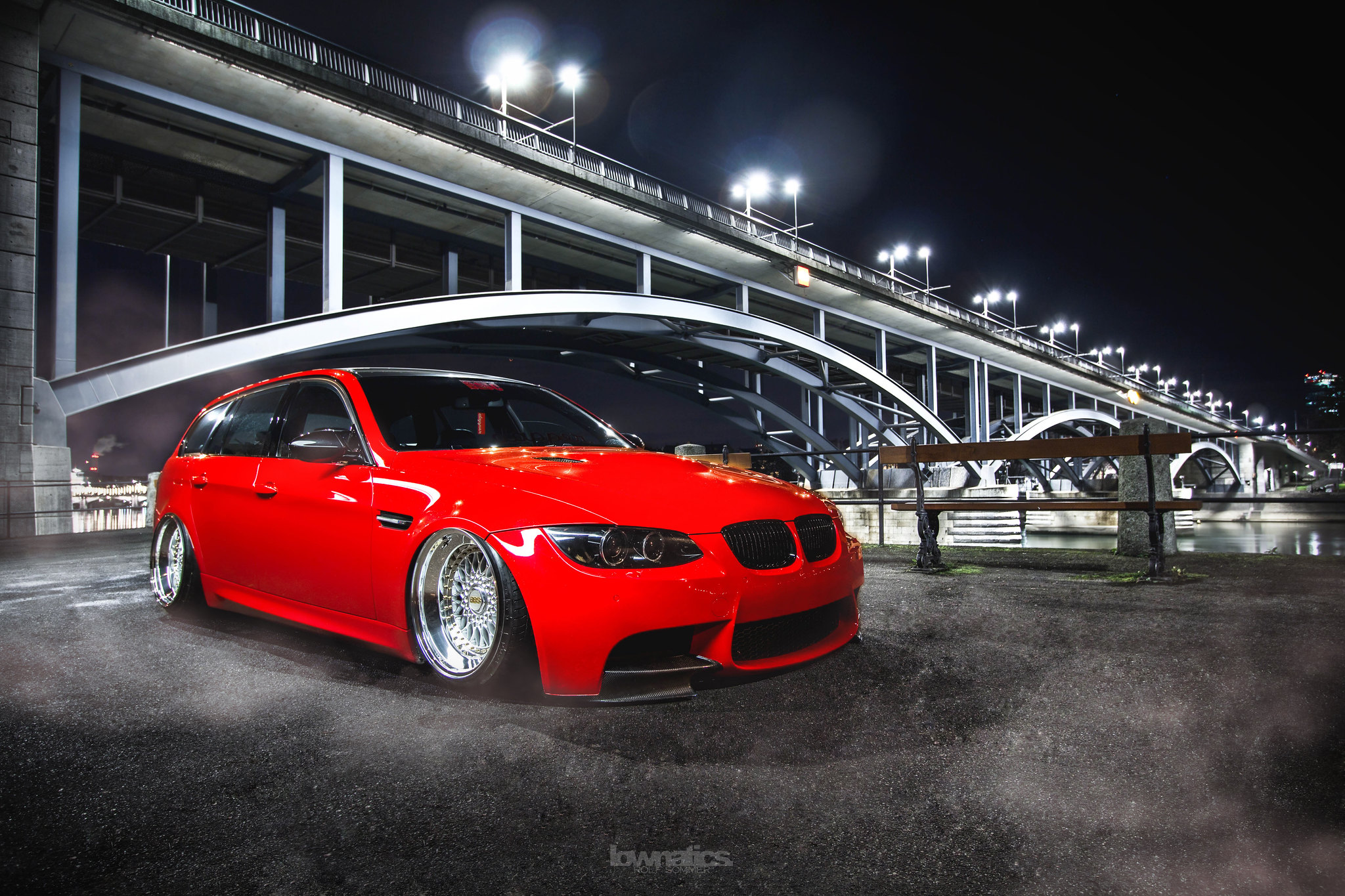 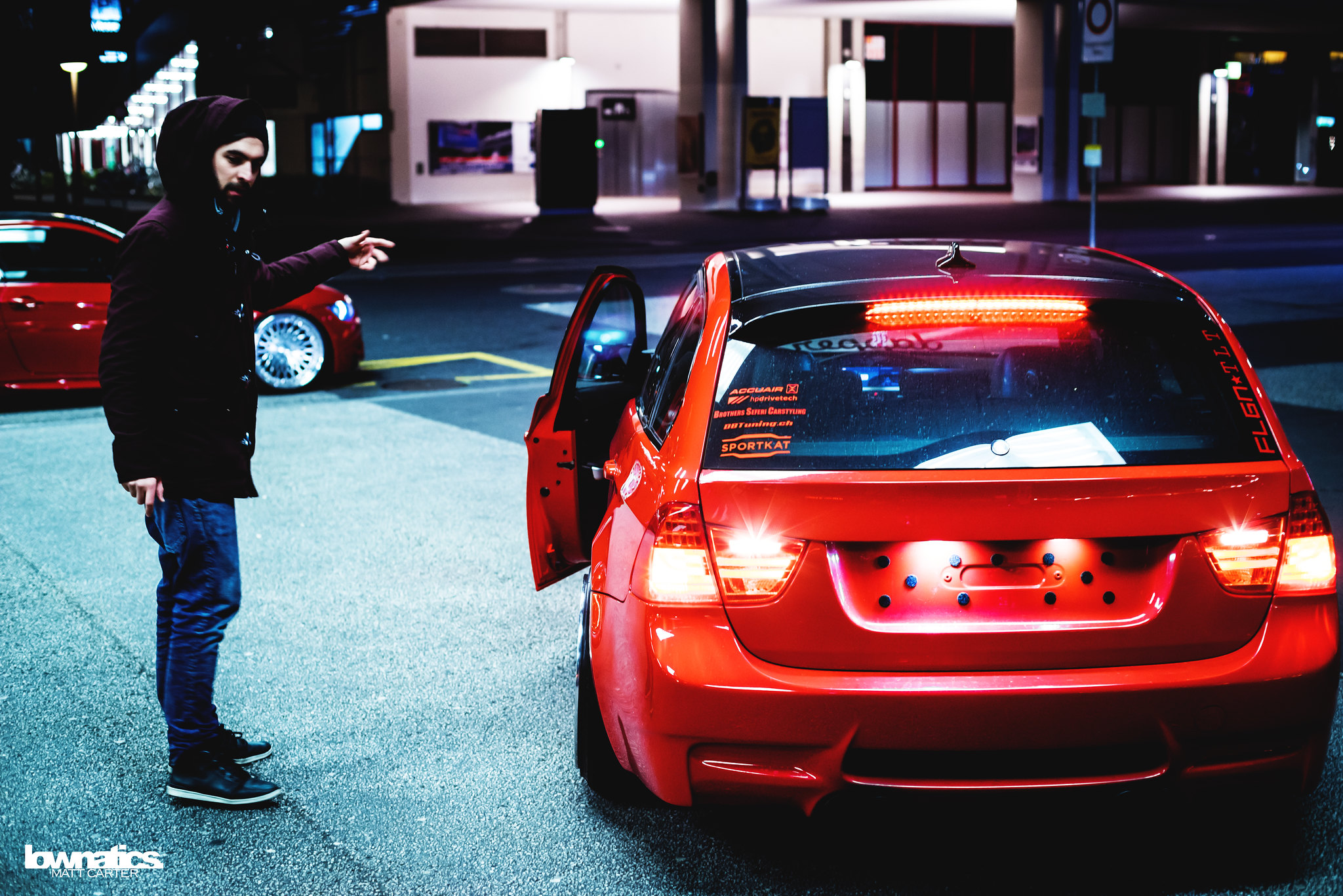