The first time I saw Flo’s S3 was in all the posts on Facebook after his debut in 2014. Typical „new German“, 20“ Audi Wheels on KW coils and wider fenders. Not bad, but also not a car I think about before going to sleep. This car got my attention, when I heard that our very own Wolfi was asked for advice and became mentor for the 2015 styling of this car. 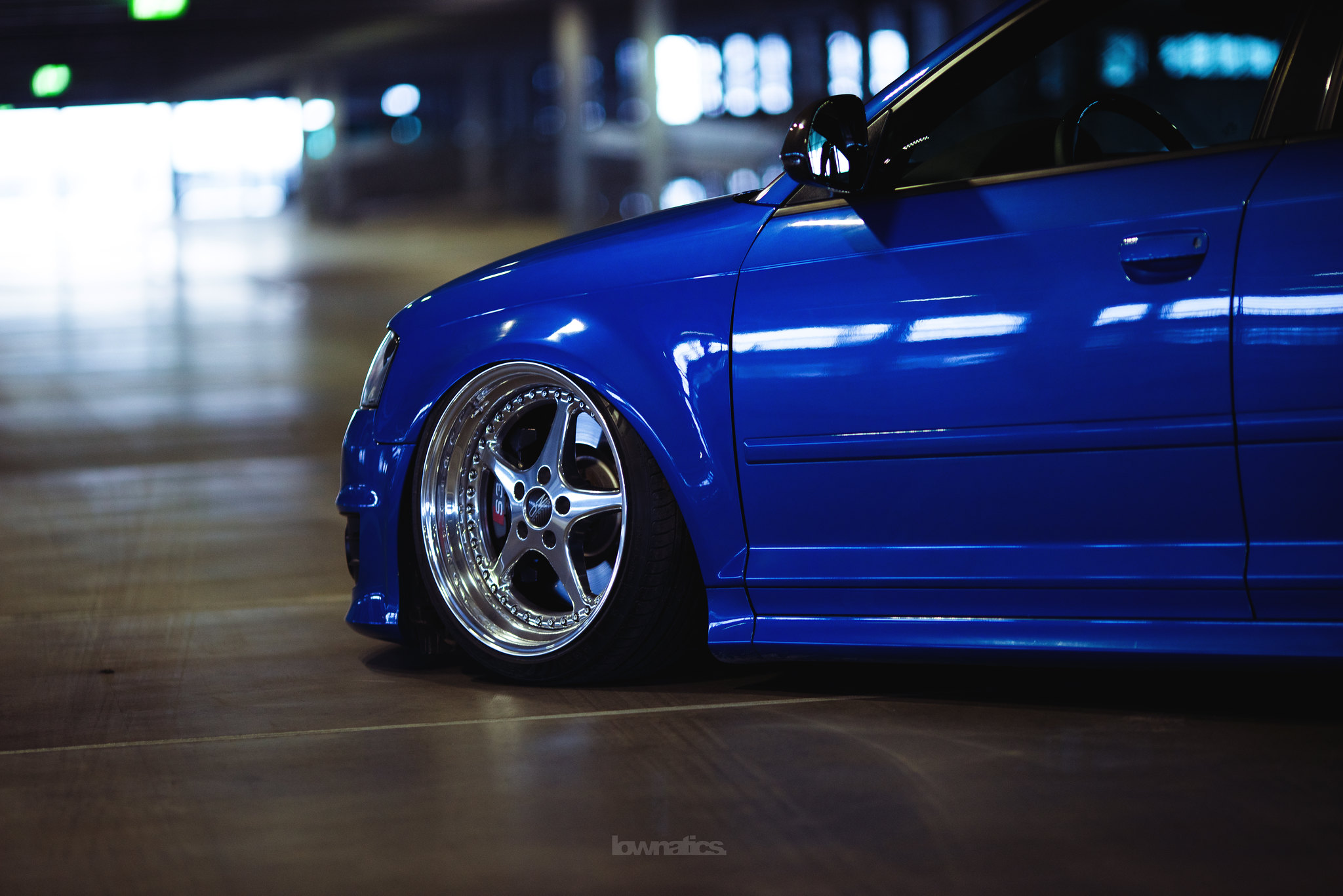 But first let’s take a look at Flo’s story as told by Wolfi. Just turned 18, Flo built a Golf Mark 3 VR6. It was lowered on Audi 17’s, pretty oem-ish back then. After selling his Mk3, Flo turned away from the scene. 5 years later, in 2008, he wanted a brand new car. An S Model, as he desired for years. 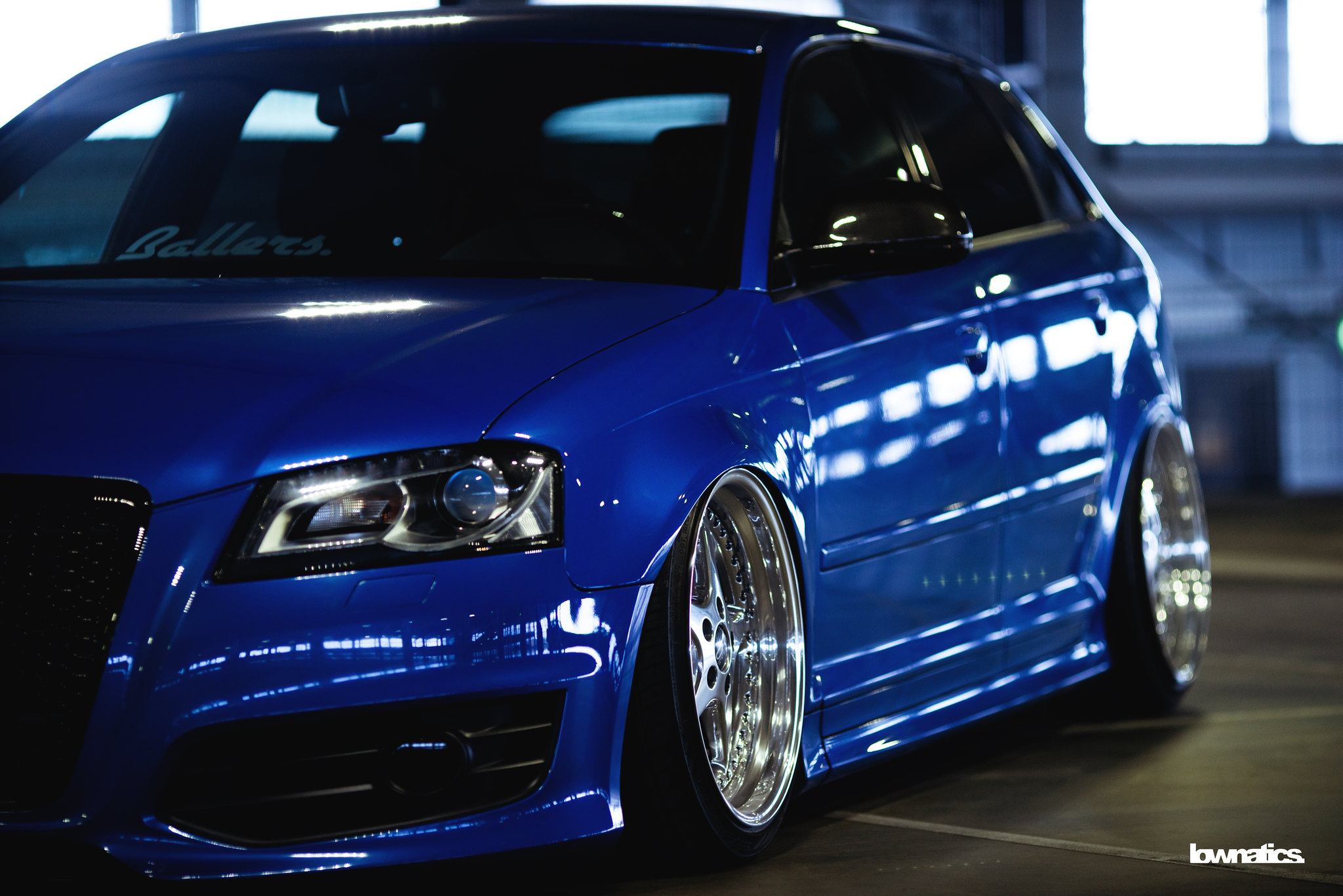 He ordered an Audi S3 Sportback on request in hope he wouldn’t need to change a thing. He didn’t want to invest in mods – how wise. He managed to keep it like this for two years, but his car started losing its glory, no more looking back after parking the car. 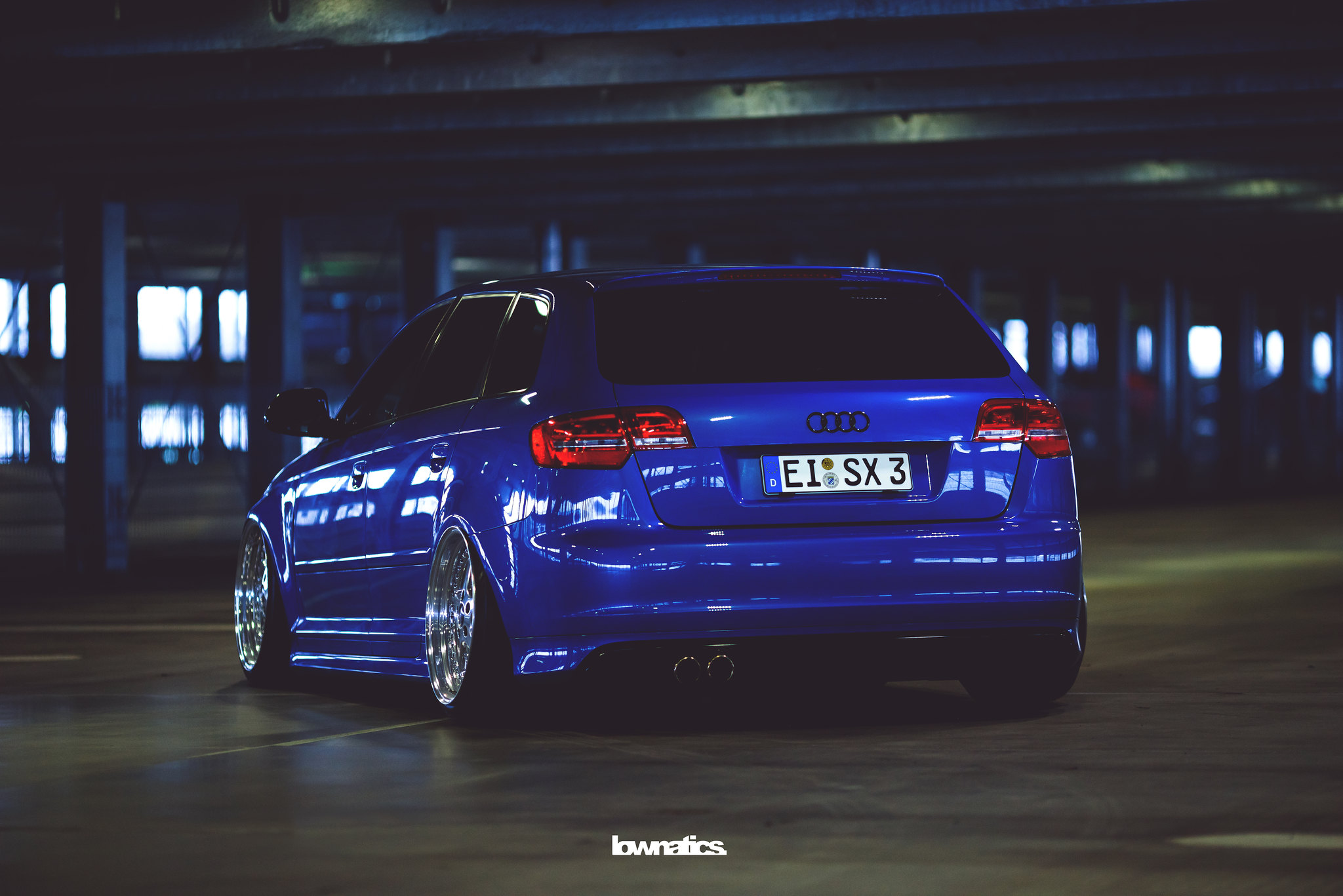 Bigger Wheels, lowering springs and coilovers followed. His personal lowering-rehab began. Flo realized that his car still wasn’t satisfying him after a couple of meets. 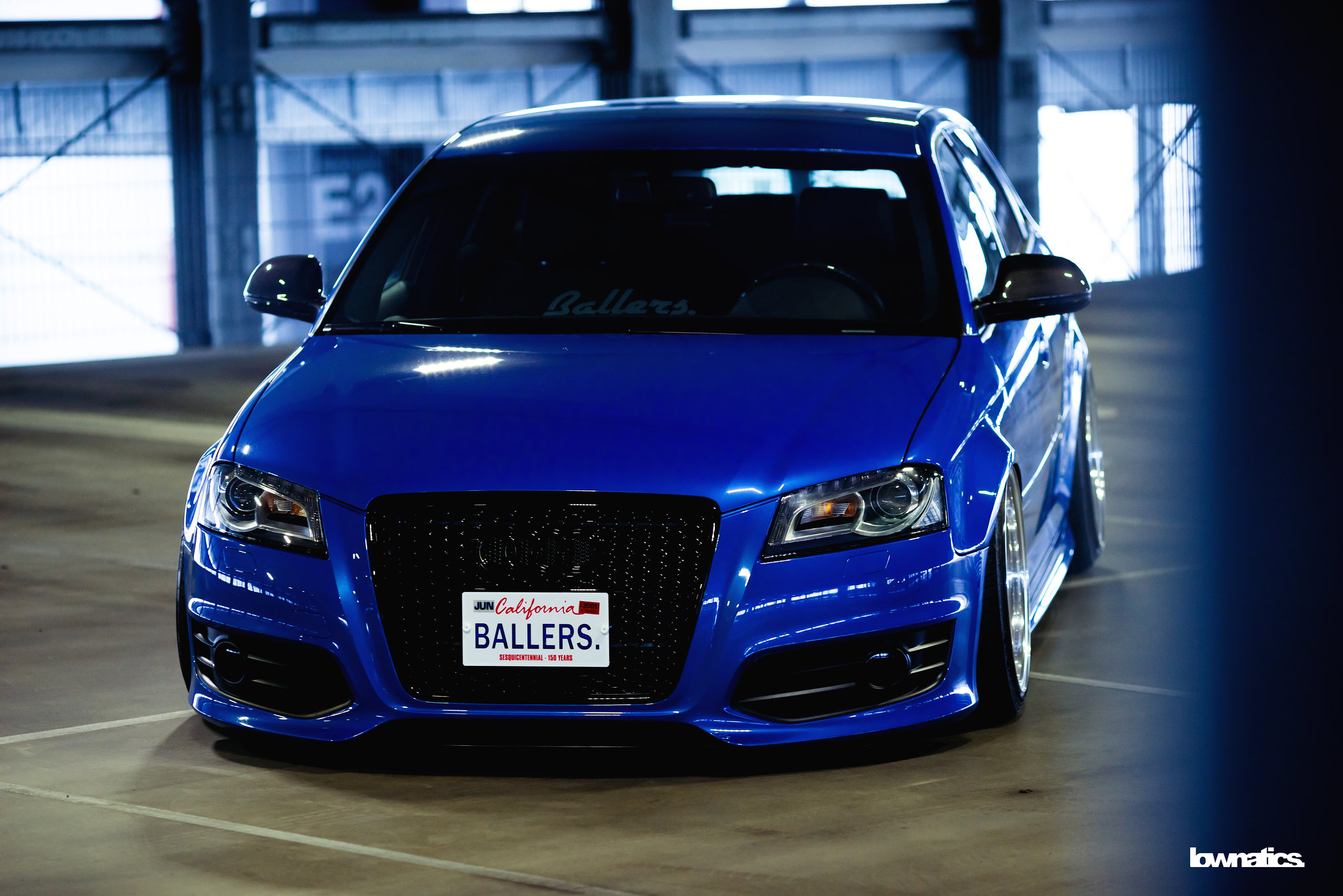 He ordered a 3 inch downpipe, sports cat, a new exhaust system and got the S remapped. The interior received some detail treatment with leather, alcantara and some carbon. Wider fenders, shortened KW coilovers and some 20 inch Audi Wheels should do the job for the exterior. 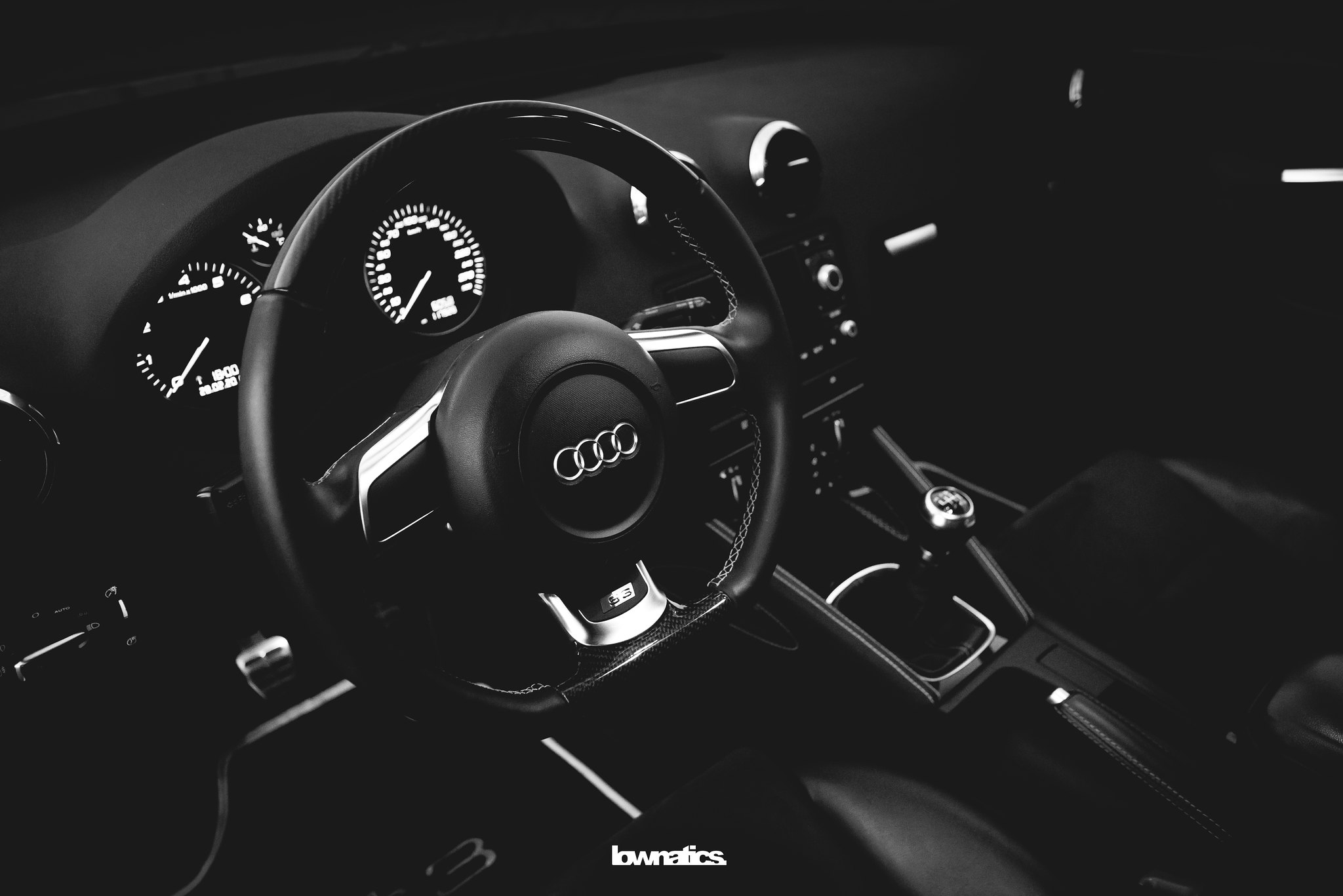 „I was happy with this setup until I met the guys from Ballers and Lownatics.“ 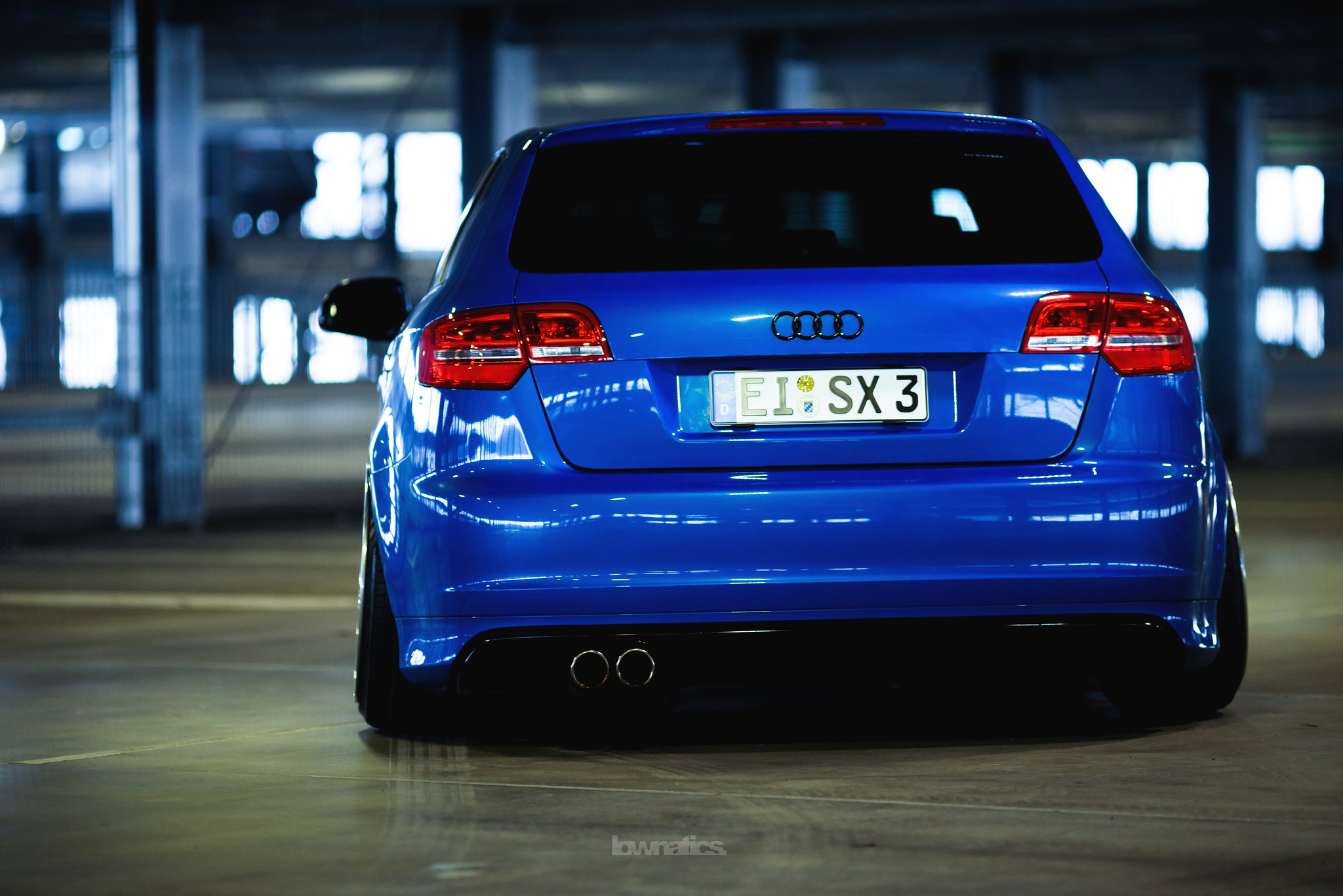 Infected by the fitment virus, the car needed to become lower and wider. Three piece wheels and an air suspension to keep it functional for daily use. 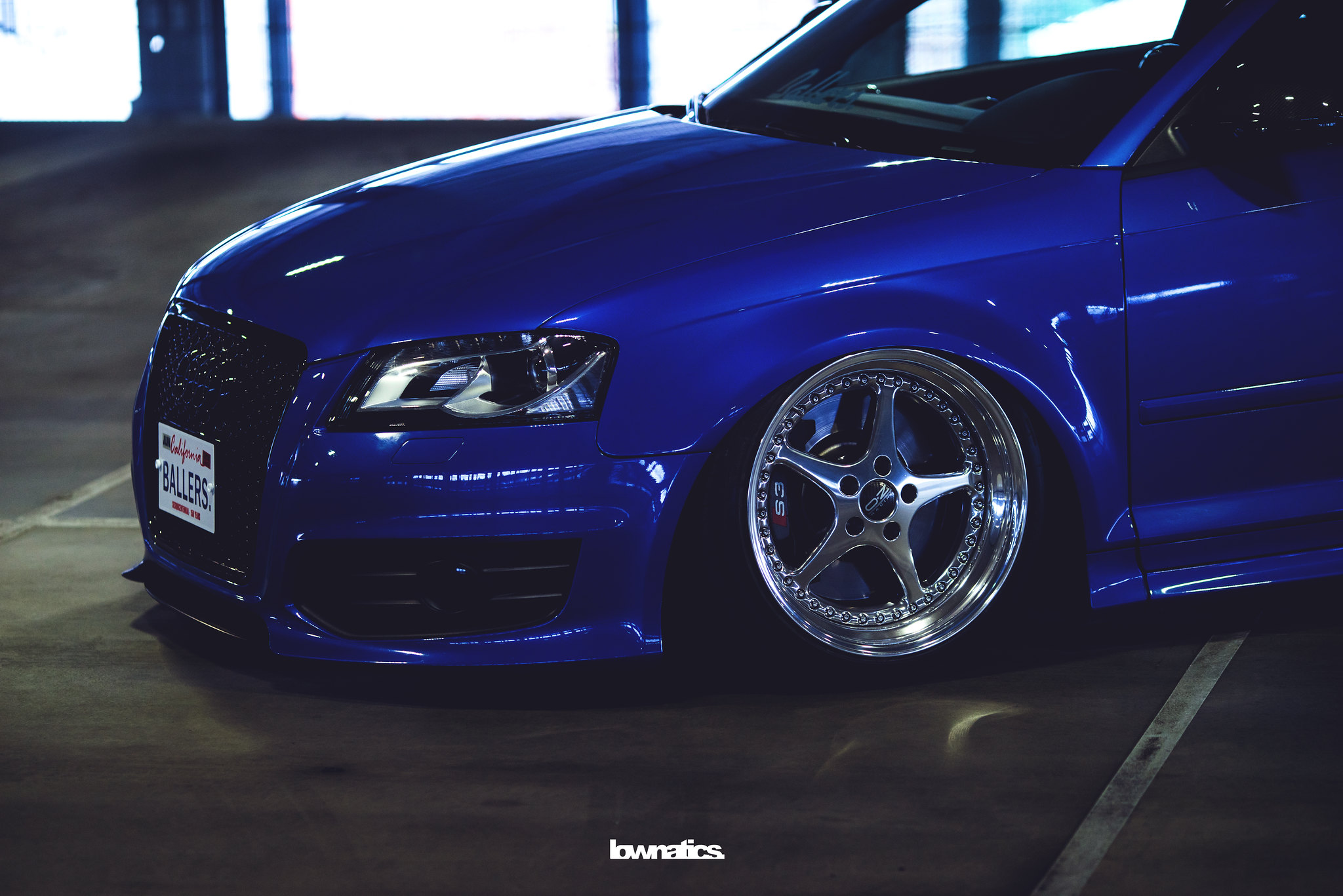 Anoeska’s Dub05 Golf donated OZ Mitos, which turned out to be too slim. So without messing about for long, the 9,25×18 wide rears were used for the front and the fronts were rebuilt from 8 to 10×18 for the rear. Despite having wider fenders, the front wheels didn’t fit perfectly. The uniball camber plates didn’t provide enough camber so they were modified to handle the 9.25 fronts with 3 inch outer lips. Flo’s S3 is a perfect example how the right touches can change a car’s appearance – “on point”. 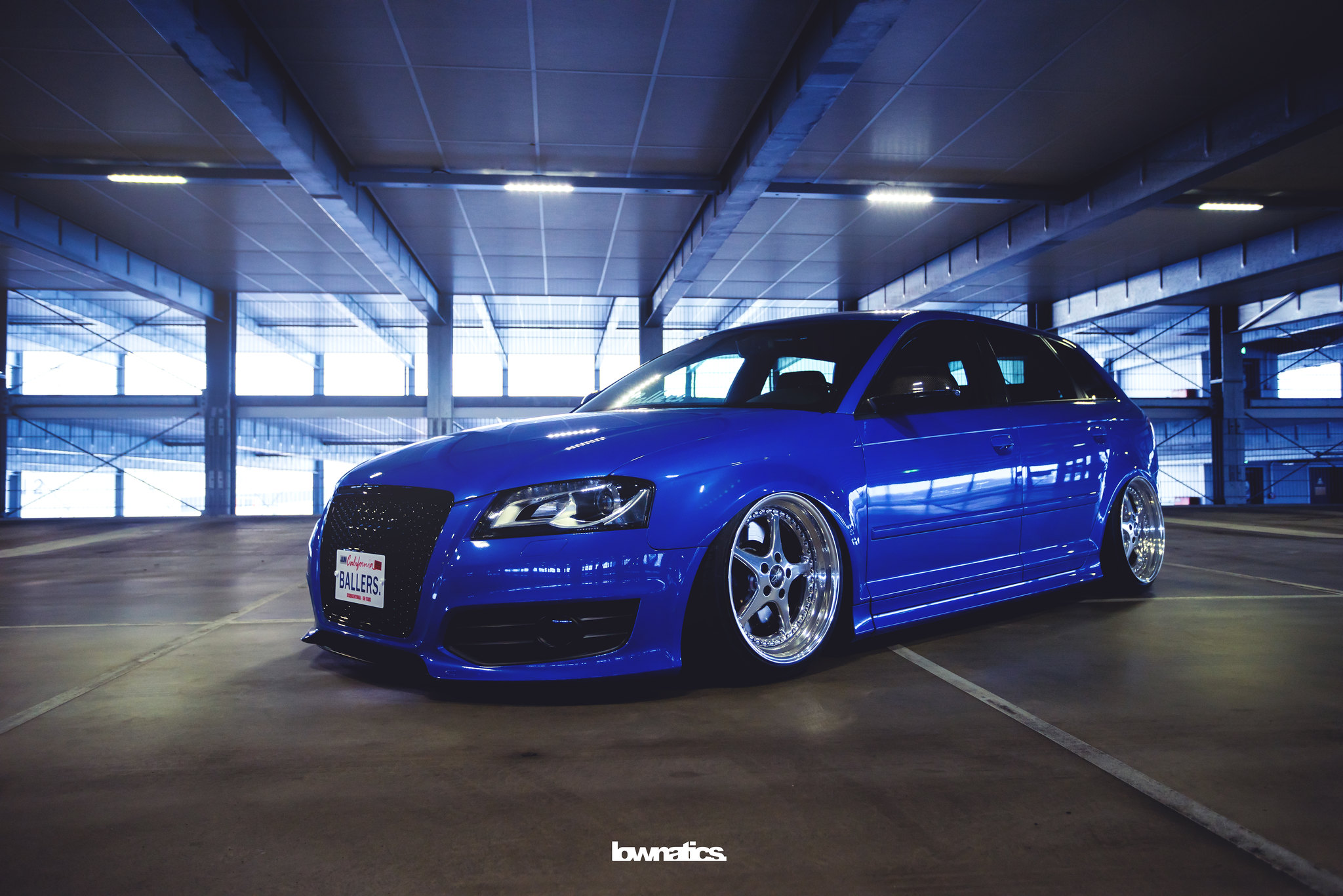 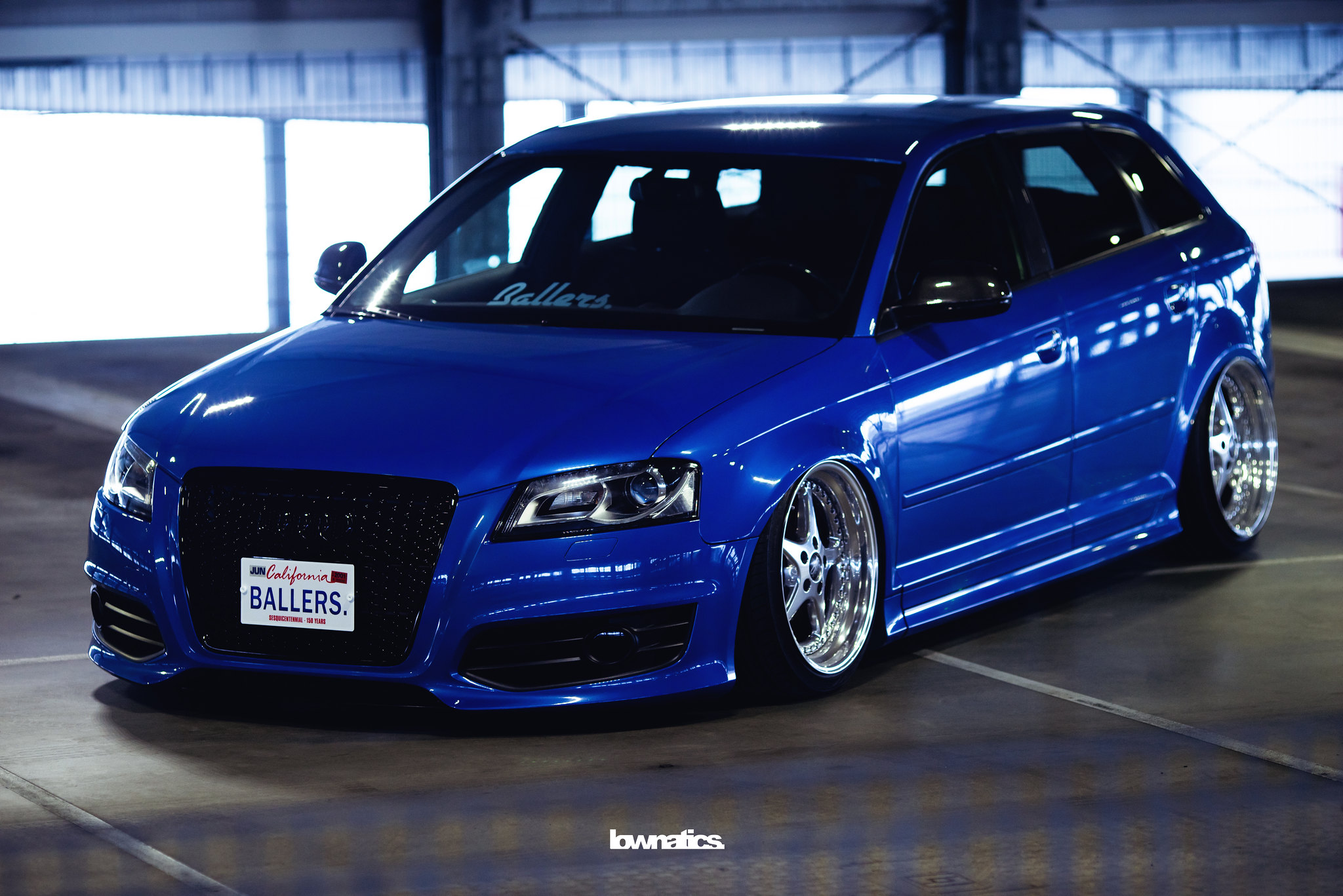 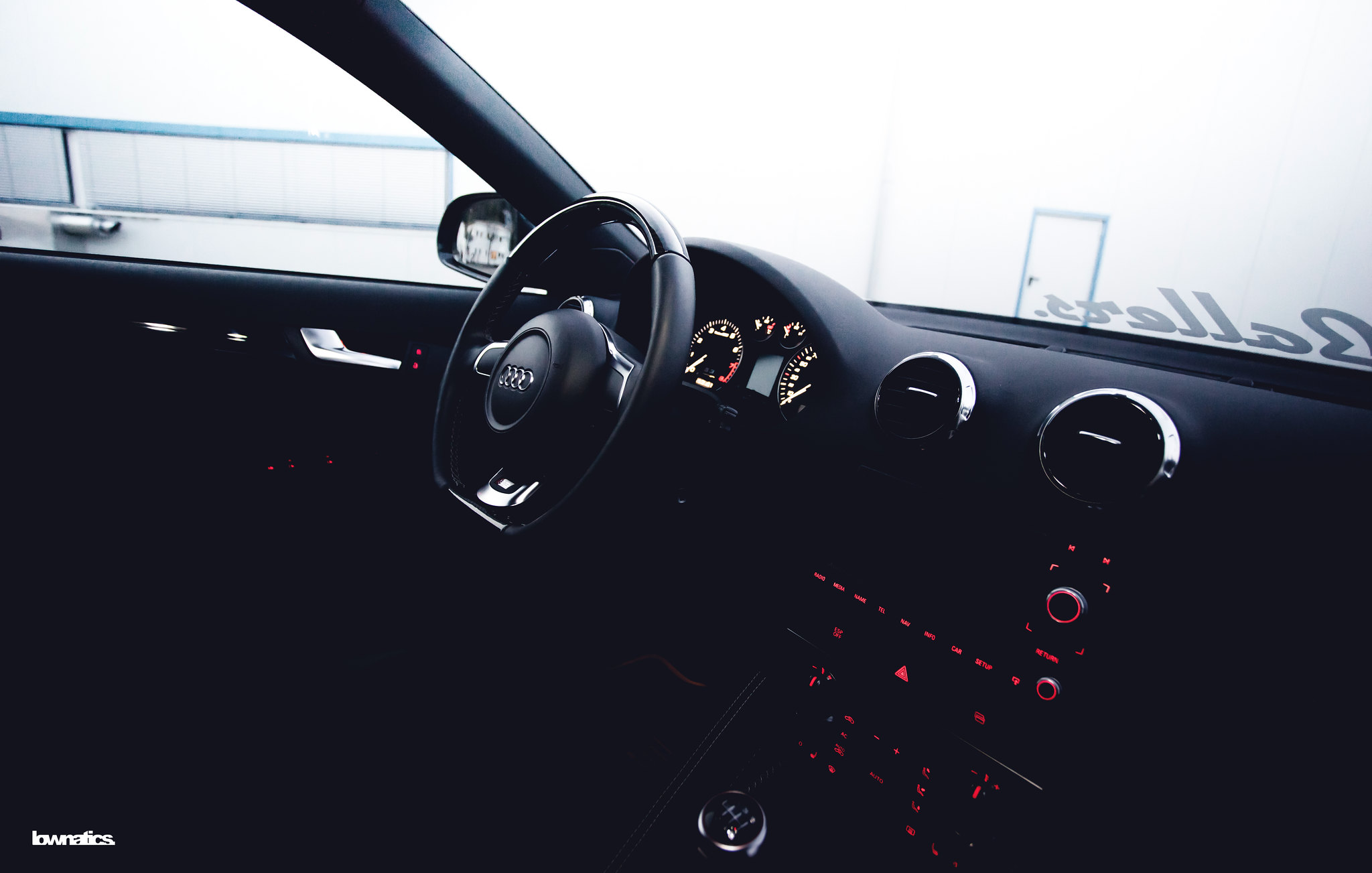 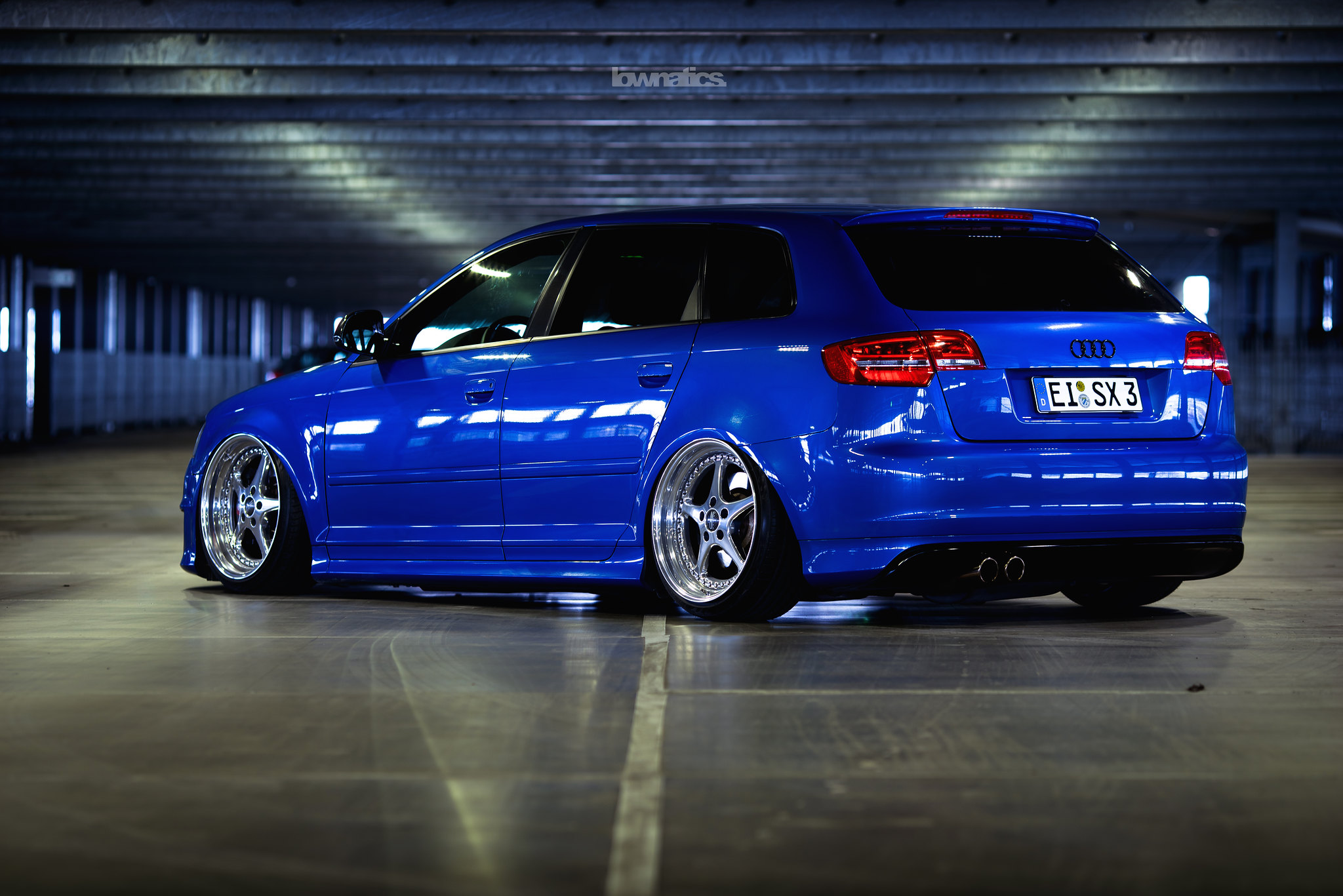 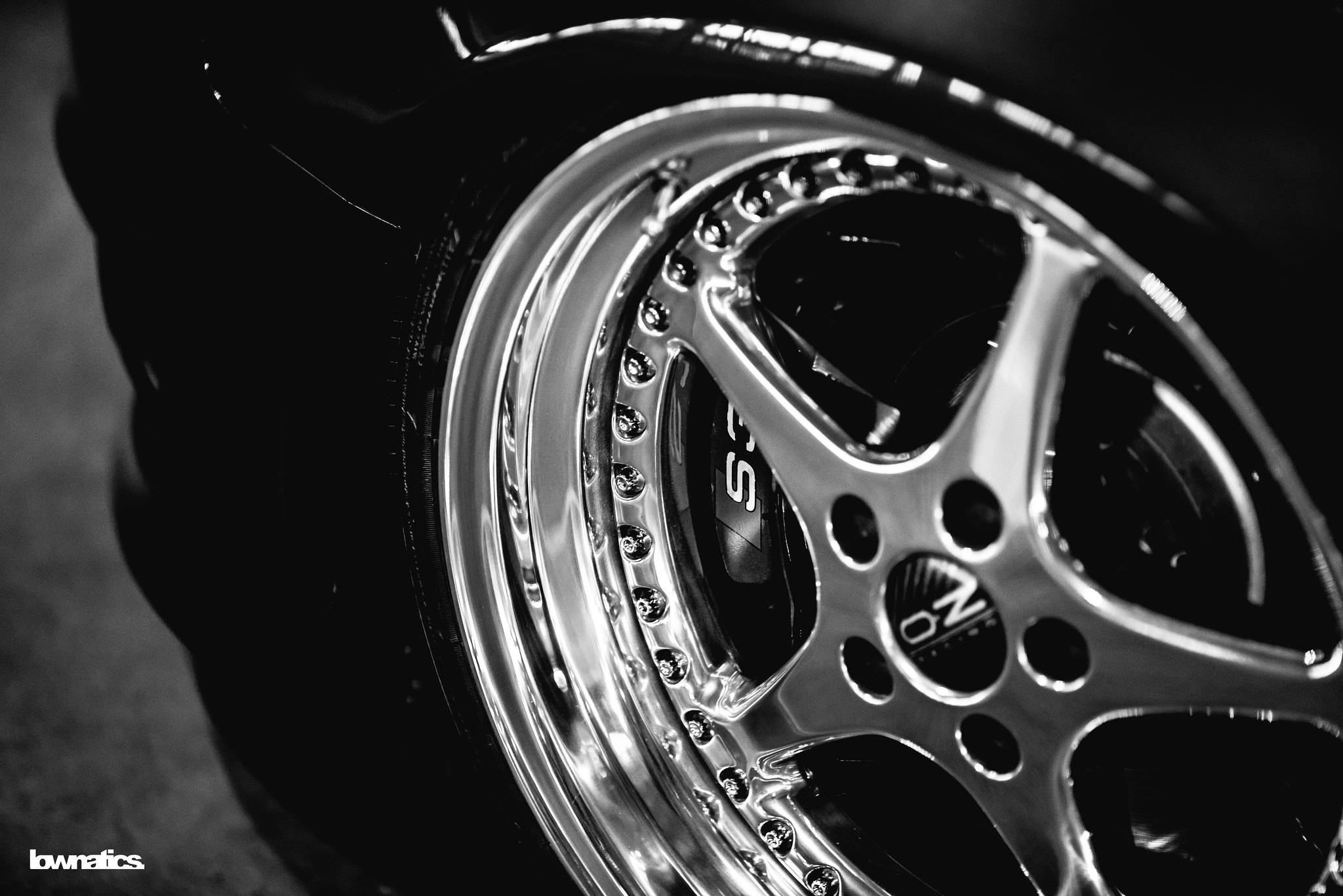 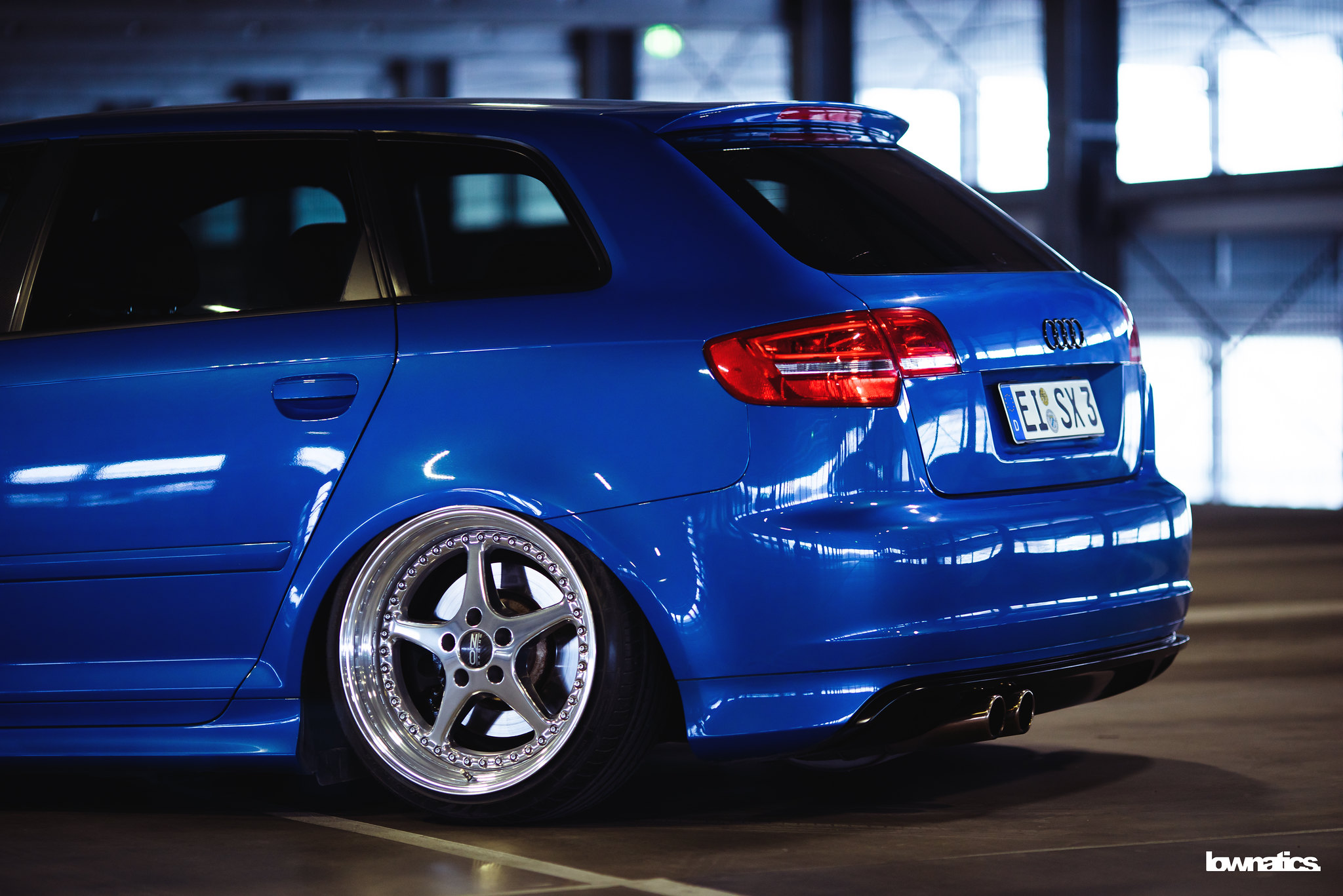